Tuesday, October 19
You are at:Home»News»Sarawak»Man found dead in hotel room 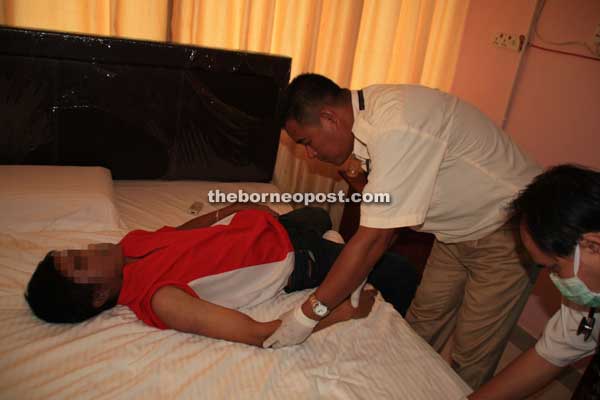 IS HE DEAD?: A paramedic checks on the victim.

MIRI: A 32-year-old man was found dead in a hotel room here about noon yesterday.

District police said initial investigations showed that he had checked into the hotel about 8am.

Hours later his friend came to look for him.

Failing to get any response, the friend sought assistance from the hotel staff to open his room using a spare key.

Upon finding the man lying motionless on the bed, the hotel staff telephoned Miri Hospital.

The man was pronounced dead and police were called to bring his body to the hospital mortuary.