Monday, May 23
You are at:Home»News»Sarawak»Ajarr roadshow in Sri Aman tomorrow 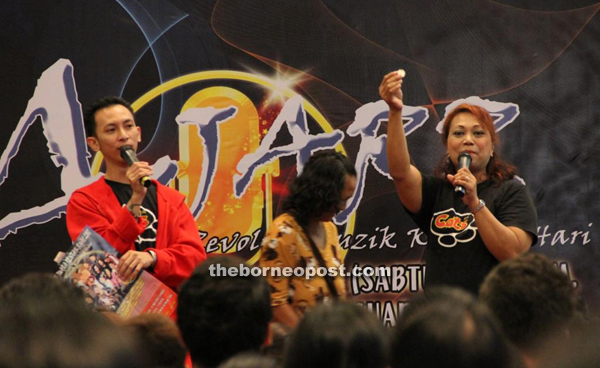 STAR ATTRACTION: Ijau (left) and Ivy (right) will be at the Sri Aman showcase.

The event will take place at the Taman Panorama Benak, Fort Alice from 9am to 5pm. 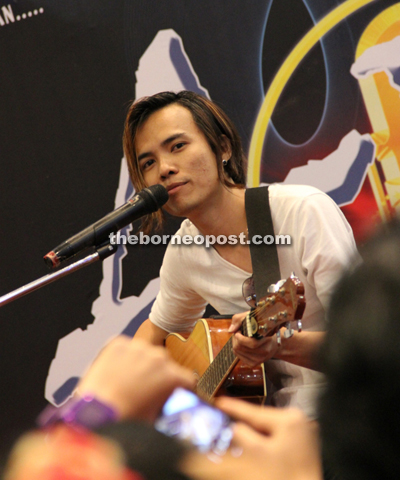 “Sri Aman has always been one of the chosen venues for Ajarr roadshow series where it received tremendous attendance in the past not only from the Sri Aman town dwellers but also residents from its surrounding areas,” said a statement from organisers CATS FM.

As in previous years, various activities will be held during the showcase for the Sri Aman crowd, including games where participants stand a chance to win merchandises and freebies from CATS FM and its main sponsor Perodua Sdn Bhd.

Perodua and co-sponsor Hotlink will also open their booths a day earlier in support of the event.

There will be a meet-the-fans session with the singers who will also perform several songs each including their hit songs ‘Buya Bepangan’ and ‘Aku Nemu’ which are vying for the Most Popular Song Award.

Tickets priced at RM50 and RM30 for the Ajarr 2011 Awards Nite to be held on May 12 at Sibu Civic Centre will be on sale at tomorrow’s showcase.

On a related matter, it said the voting for the Ajarr 2011 Most Popular Song Award was ongoing.

To send your votes, type AJ <space> artist. For example to vote for Lucy M, type AJ LUCY and send to 33080.

For more infomation on how to vote for your favourite singer, visit www.catsfm.my.