Tuesday, May 17
You are at:Home»World»China X-files: UFOs spotted at space rocket launch 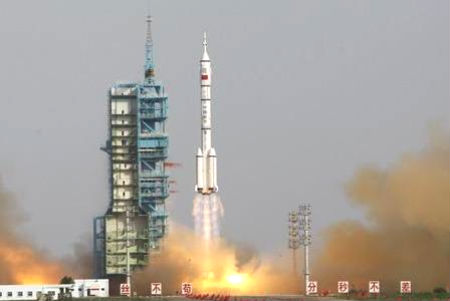 The incident happened after the manned spacecraft, Shenzhou 9, lifted off and exited the atmosphere at an altitude of about 15,000m. Infrared video cameras captured two unidentified objects moving swiftly past the rocket at the four minutes and 11 seconds mark.

This has sparked a heated debate between alien life supporters and non-believers. “What else can they be if not UFOs? They were faster than the rocket!” said one pro-ET expert.

Observers at the launch didn’t report seeing the mysterious lights cross the rocket’s path as the craft headed for the Tiangong 1 space station orbiting 343km above the earth. But the lift-off was broadcast live on TV across China and viewers were quick to spot the split-second sighting—two shining objects flying horizontally in front of the rocket. 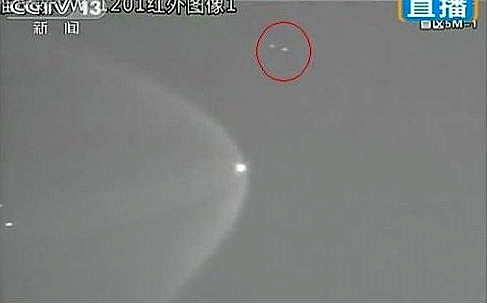 Two mysterious UFOs (circled) were captured on video at the Shenzhou 9 lift-off.

This isn’t China’s first encounter with UFOs, but this wouldn’t be such a big deal if Shenzhou 9 weren’t carrying three humans that included Liu Yang, China’s first female astronaut. And science experts have no explanation for the phenomenon.

They have already ruled out the possibility of birds, as the rocket was not in a breathable atmosphere. Besides, the highest altitude recorded for a bird ever was 11,552m and that was back in 1975.

“The objects couldn’t have been birds because they had to be extremely hot to be captured by the infrared cameras. Birds and humans have the same body heat so they wouldn’t appear as bright as those lights,” said Wang Sichao, a researcher at the Purple Mountain Observatory in Nanjing, Jiangsu Province.

Wang also ruled out the possibility of stars, as none were visible during the 6:37pm launch. The strange objects couldn’t have been from the rocket either because everyone saw the nosecone parts rip from the back of the rocket and fall to earth while the UFOs were in front of the rocket.

“The cameras are installed on earth but I don’t know where. If they weren’t close to the Jiuquan Satellite Launch Centre (in the Gobi Desert), then the objects could be airplanes or maybe lights from the surface. There are too many possibilities,” added Wang, who has promised to probe the X-file some more. 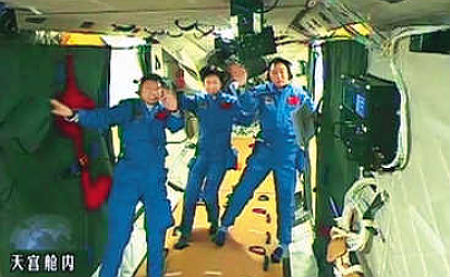 The astronauts onboard Shenzhou 9 after docking at the Tiangong 1 space station.

“I can’t be sure what those things were based on the short time of their appearance,” said a more pessimistic Zhang Yunhua of Beijing UFO Research Society. “But I remember the same thing happened at the launch of Shenzhou 5 and 6. They could just be insects flying in front of the ground cameras.”

Meanwhile, another UFO sighing was reported last month when eight mysterious bright objects were seen rotating the Proton Briz-M rocket after its lift-off. The spacecraft was carrying the Nimiq 6 telecommunications satellite from the Baikonur Cosmodrome in Kazakhstan into outer space. – Source by dailychilli