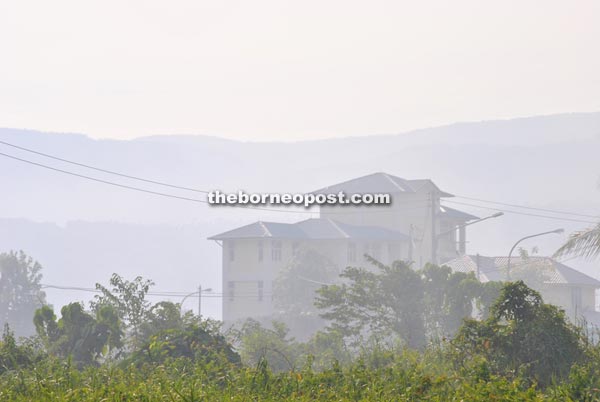 LAWAS: The long drought and dry peat swamp forest in Banting near here continue to haunt residents of this town as flames shot high into the air on Tuesday.

The raging fire that caused massive air pollution and health scare could have been triggered by deliberate open burning by irresponsible individuals. 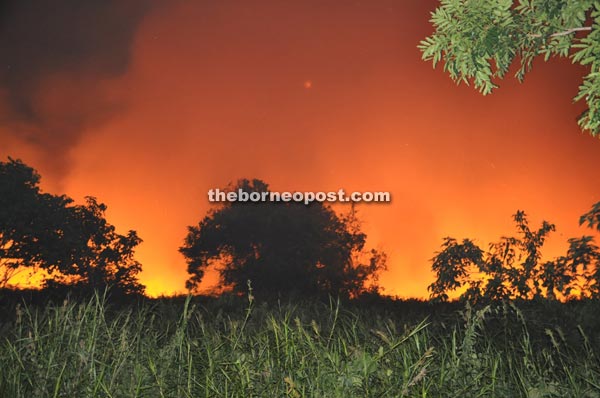 At noon yesterday, firemen led by Lawas Station chief Zaki Hussin battled to keep the fire from spreading to the residential area while keeping a wary eye on the simmering fire beneath the surface which could trigger another big blaze.

Their fears were confirmed as it reignited and galloped through the dry vegetation in the evening, causing panic among the nearby residents as it moved towards Banting Resettlement Scheme.

It took divine help to stop the fire in its tracks as a sudden heavy downpour helped douse it.

However, thick smoke in several swampy areas in Banting began to re-ignite, forcing the nearby Sekolah Kebangsaan Agama Lawas to close as parents feared for the health of their children.

Zaki said these incidents could possibly be due to deliberate open burning by some individuals aided by the dry grass near Lawas district mosque which was detected by the Fire and Rescue Department.

“We have received information from several witnesses, and had recorded the act of the individual,” he said.

Meanwhile, Supaih, in agreeing with Zaki’s views, warned that the authorities would be conducting a thorough investigation to track down those responsible.

“Open burning in the district is still banned, and I hope the Department of Environment will come to assist the people in this district, and bring to book those responsible,” he said.