Tuesday, September 27
You are at:Home»News»Sarawak»Insurgency hero Reggie laid to rest 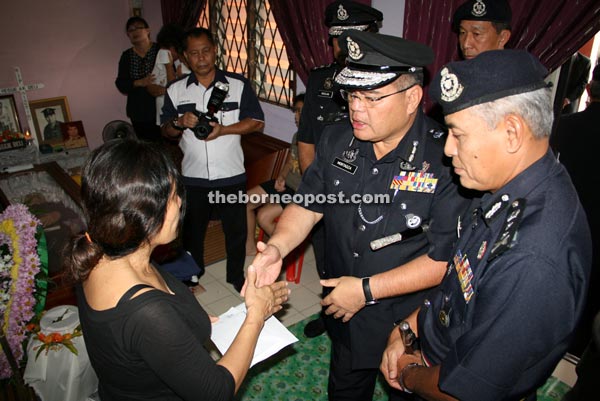 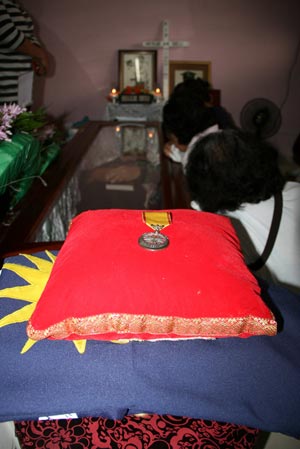 KUCHING: Members of the police force were urged to emulate the heroism of a Seri Pahlawan Gagah Perkasa (SP) recipient, Inspector (R) Reggie Deli, who passed away Wednesday at the age of 78.

Federal police management department director Datuk Mortadza Nazarene said Reggie was a “true hero”, whose deeds and contribution to the country during the communist insurgency should inspire current members to strive to improve the force.

“Inspector Reggie was conferred the SP for defending the country during the insurgency. He is a true hero, a warrior, who deserves the highest respect for his contribution to the nation.

“The entire police force mourns his passing,” said Mortadza who, together with the state’s top police officers, paid their last respects to Reggie at his family home in Taman BDC here yesterday.

He revealed that the Police Museum in Bukit Aman, in collaboration with the Prime Minister’s Department, had taken steps to form an archive to document the exploits of Reggie and other police personnel like him.

Reggie was awarded the SP on March 24, 1975 for gallantry while serving in the then Police Field Force (PFF) during the communist insurgency.

He is one of 20 recipients of the country’s highest federal honour and award.

The award was conferred after an incident on April 10, 1973 when a six-man PFF team led by Reggie tracked down and confronted 14 communists travelling in a boat along Sungai Kemena in Sebauh, Bintulu despite being outnumbered.

In the ensuing 20-minute gun battle, Reggie and his men killed six of the communists, captured the rest and seized seven shotguns, 13 bullets, medical supplies and important documents belonging to the insurgents.

He is survived by sons David, Logie and Alexander; and daughters Lilian and Caroline.

His wife Piah Andar passed away in 1990.

In an interview with a national newspaper three years ago, an ailing Reggie said: “Most of my comrades have gone and I am just counting the days. When that day comes, an honourable funeral would be my last request in appreciation of my contributions to the country.”

The SP recipient was laid to rest at noon yesterday at the Anglican cemetery in Batu Kitang with full police honour.