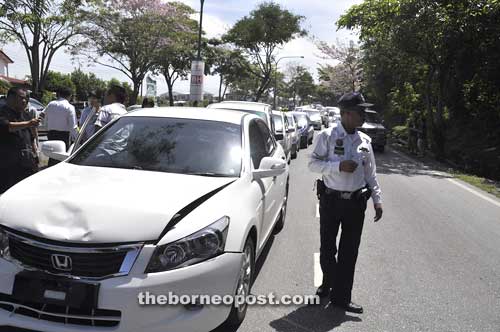 SIBU: A seven car pileup caused a massive traffic jam along Pedada Road at about 11am yesterday.

The first car to be rammed from behind was a Toyota Vios, followed by a Honda Accord, a Perodua Kenari, a Naza, a Proton Persona, a Toyota Corolla and another Toyota Vios.

No one was reported injured during the accident.