Sunday, November 28
You are at:Home»News»Sarawak»Pamg over the moon with daughter’s victory 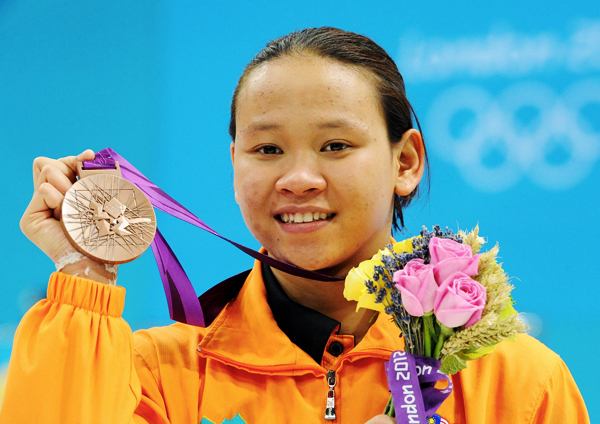 KUCHING: Pamg Joheng is over the moon with his daughter Pandelela Rinong’s feat of becoming the first Malaysian sportswoman to win an Olympics medal when she finished third in the 10m individual platform diving yesterday.

“I am so proud of my girl and my family and relatives are sharing this happiness with the country,” he said when met at his family’s house in Taman Saramax near here yesterday.

Pamg revealed he had not slept for the past 24 hours since Thursday morning as he did not want to miss the live TV telecast of his daughter’s event. 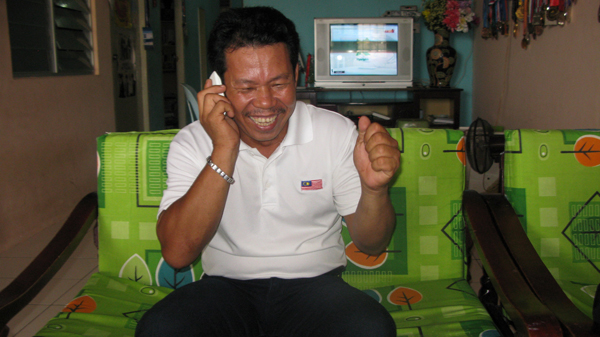 A FATHER’S PRIDE AND JOY: Pamg’s reaction on receiving the news on Pandelela’s win.

Pandelela’s mother Hartini Lamin, 43, was on her way back to Kuching from London yesterday and was expected to reach home late last night.

Pamg also voiced his intention to hold a gathering and prayers for his daughter once she came back from the games.

“She (Pandelela) did mention she wanted to take a break for a while after the tournament.”

During the interviews, calls and messages poured in from Pamg’s friends, family and relatives to congratulate him and Pandelela on the victory.

Pamg said his daughter had said she was not confident of winning in the individual platform and had put her hopes on the synchronised event.

‘But I tell her to have the confidence and as parents we need to have confidence in our children,” Pamg said adding there was no secret to
Pandelela’s success but “maybe she is a natural born diver”.

“I was confident she would contribute at least one medal to the Malaysian team.”

Dubbed ‘the Sarawak dolphin’, Pandelela is the second among four siblings.