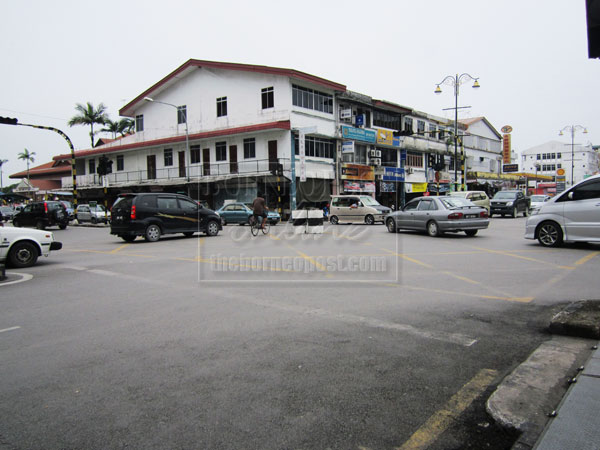 DIFFICULT DRIVE: Road users carefully navigate the junction which has been without operational traffic lights for three weeks.

SARIKEI: Sarikei’s first traffic light at the Repok, Masjid Lama and Nyelong Road junctions, which broke down about three weeks ago, will be replaced with a new system.

The new system is expected to be operational by tomorrow (Sunday).

Sarikei District Council (SDC) chairman Chan Phan Chan said this is because spare parts for the old control board system are no longer available.

“As we have been searching in vain for spare parts for the old control board system in the past three weeks, we feel the only option to rectify the problem is to install a new system,” he explained, adding that the old control system was installed over 20 years ago.

Chan said the council has already purchased a new control board system from Kuching, which was scheduled for delivery yesterday afternoon.

The installation of the new control board system would take about two days, he said.

Chan, who only assumed the office of SDC chairman last Wednesday, apologised to road users for the break down.

Motorists here have been greatly inconvenienced since the traffic light system went out of order, especially during the Hari Raya celebration.