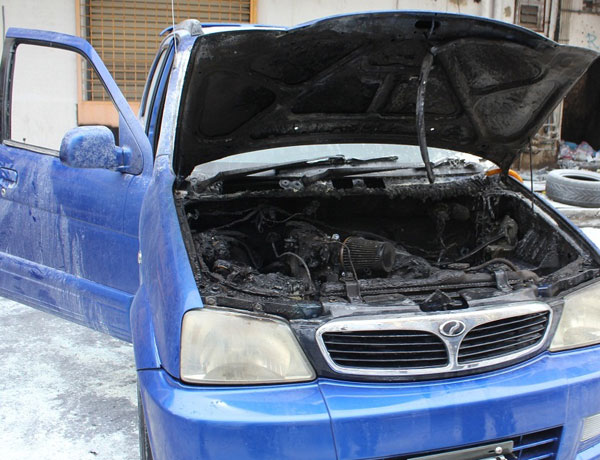 The condition of the car after it caught fire yesterday.

TAWAU: A car belonging to a staff of a leading hotel in this township caught fire yesterday.

According to the owner, Shazreen Ewanna 26, the incident happened about 10.30am while she was working away from her workplace.

She had parked the car about 20 metres away from her office at 7am and was shocked after receiving a call from a friend who informed her of the incident.

“I was shocked but I managed to ask a friend to send me to the location to see the condition of my car and when I arrived the whole engine had burnt,” Shazreen said.

According to her, no modification to the engine had been made and she did not know the cause of the fire.

Fire and Rescue Department station chief Rudy Fredzex said the department received a call at 10.45am and when firemen arrived at the scene five minutes later, the fire had already been extinguished by members of the public.

Fredzek said the department would investigate the cause of fire and the loss incurred by the car owner.