Monday, January 24
You are at:Home»News»Sabah»KTS raises fund for Sandakan school 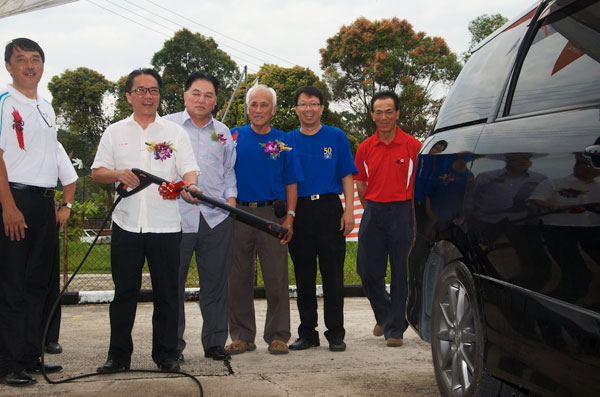 VK Liew about to participate in a car wash.

Yu Yuan students were involved in the car wash project.

Coupon buyers will not only have their car washed, but will be participating in a lucky draw, offering prizes from Daddy Mee and Stihl hardware. Lucky draw winners will be announced yesterday.

Deputy Minister of the Prime Minister’s Department Datuk Liew Vui Keong, who officiated at the event, congratulated KTS Group on its 50th anniversary.

He also applauded KTS’ allocation to private schools as a meaningful activity and exemplified it as a “spirit of giving back to the community”.

Liew said a cheque for RM1 million, promised by the Prime Minister in April, had been officially received by Yu Yuan.

He added that in the past 20 years, private schools faced economic issues but the community has always been supportive of the schools.

Andrew said, as of today, the economic issues faced by private schools have been resolved.