Monday, December 6
You are at:Home»Science & Technology»Study says half of Americans are unimpressed with Kindle Fire HD, more interested in iPad mini 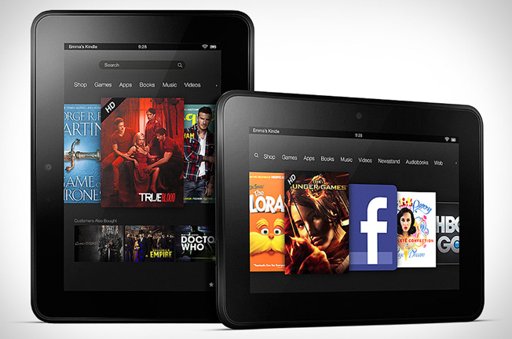 Study says half of Americans are unimpressed with Kindle Fire HD, more interested in iPad mini

Consumers aren’t nearly excited about Amazon’s (AMZN) latest tablet as they were for the original. The Kindle Fire was the first tablet aside from the iPad that saw widespread success, capturing 14% of the tablet market in its debut quarter. The Kindle Fire HD doesn’t seem to have the same effect on consumers, though. According to a study conducted by CouponCodes4U, nearly half, or 45%, of those polled are “unimpressed” with the Fire HD. In addition, 54% of respondents said they would opt for an iPad mini instead of Amazon’s tablet, BGR News Reported.

The most notable complaint against Amazon’s device was the screen size, to which 45% of respondents admitted was not large enough, and the lack of interesting applications, which concerned 11% of those surveyed.

As consumers are starting to plan for their must-have tech pieces for the upcoming holiday season, one of the leading coupon code websites in the US has conducted an online survey to discover what consumers want in a 7’inch tablet and whether or not they are satisfied with the latest Kindle Fire HD release or if they will continue to wait for the iPad mini release, reported to be hitting stores later this year.

One the US’ leading coupon codes websites has conducted a survey of 2,103 consumers to discover whether or not they like the latest edition of the Kindle Fire and if the tablet offering from Amazon has what it takes to sway consumers away from other brands and the hype around the proposed iPad Mini.

The study, conducted by www.CouponCodes4u.com, formed part of the research into consumers, brand loyalty and whether or not smaller sized tablets were more desirable than their larger sized counterparts.

When asked whether or not they were happy with the latest Kindle Fire HD, and shown details of specs if not aware of the new device’s offerings, 55% of respondents said they liked the look of it, while 45% admitted that they were ‘unimpressed’ with the latest tablet.

Those who said they liked the look of the tablet were asked to stipulate what they liked the most, to which the majority of respondents, 51%, said the “competitive and affordable price”, while 27% said they liked “Amazon’s powered content library” and 13% cited the ability to set parental controls on certain apps, like video games, as a good selling point. Under a tenth, 9%, of respondents felt that the overall improved spec made them like the new Kindle Fire HD.

Respondents who said they were unimpressed by the new Kindle Fire HD were asked to explain why, to which 45% admitted that they preferred a “larger screened tablet”, while 39% said that the Kindle tablet didn’t blow them away due to ‘not matching up to competitors’. In addition, 11% of consumers said the tablet “didn’t offer enough apps” to keep them interested.

Mark Pearson, Chairman of CouponCodes4u.com, had the following to say about the findings.

“Another day, another tablet release! With the popularity of Amazon and the Kindle tablet driving the small tablet revolution, it is no wonder that consumers are spoilt for choice when it comes to personal gadgets. As the Kindle is very different from other tablets, we wanted to see how consumers have reacted to the latest release of the Fire HD and if they had the chance, and obviously the funds, whether or not they would trade it in for the iPad Mini.”

“What was surprising was how many consumers, even though they were happy with the look of the new Kindle tablet, were still curious enough to say they would be more likely to opt for the iPad mini. While many people have voiced a negative opinion about Apple and the products of late, you cannot deny the power of their marketing campaigns and products. What will be interesting to see is whether or not the tablet will be able to live up to people’s high expectations.”