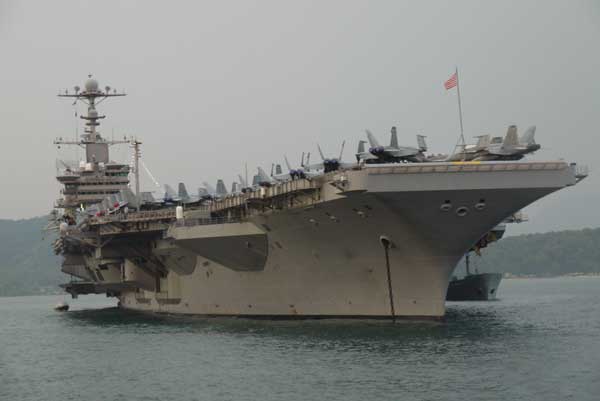 The 97,000-ton and 1,092-foot ship, which is part of the John C. Stennis Strike Group (JCSSG) and one of the 10 Nimitz-class aircraft carriers in the US Navy, docked at Kota Kinabalu yesterday after four weeks at sea, having left the US on August 27.

Commander of the Carrier Strike Group Three, Rear Admiral Chuck Gaouette, said that the visit is a way of strengthening the relationship between the US and Malaysia, as well as a delight for all those on board for having the opportunity to learn the cultures of the country.

“Ships like these are sent all over the world really to do two things; one of them is to reassure our friends that we support them and Malaysia is an important friend.

“Coming to Kota Kinabalu, we get to learn about your livelihood and culture. And today and the next few days, we have about 5,000 people here to learn more about this city,” Gaouette told the media.

Sharing a light moment with the media, Reis also disclosed that the number of meals served on the ship is 18,600 a day!

Stennis is 244-foot tall, which is as tall as a 24-storey building, but could reach a maximum speed of more than 30 knots.

The aircraft carrier was featured in the well-known Hollywood movie, Transformers: Revenge of the Fallen. 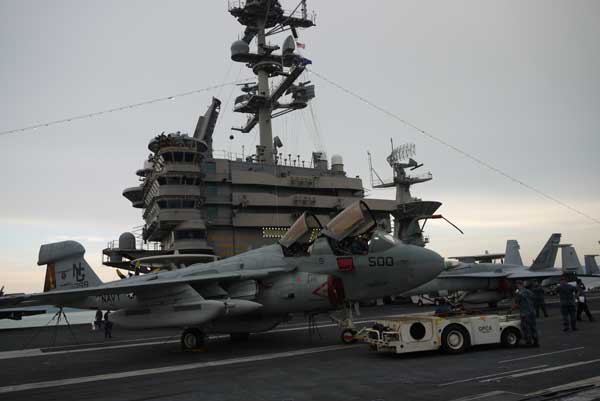