Tuesday, August 9
You are at:Home»News»Nation»Maldives keen to send firemen for forensic lab training in M’sia 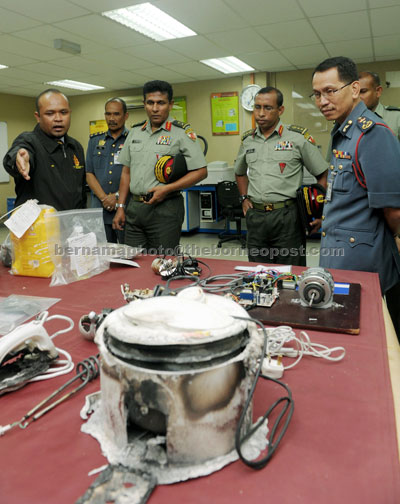 SHAH ALAM: The Maldives is keen to send its firemen for training at the forensic laboratory under the Malaysian Fire and Rescue Department which functioned as a centre to investigate causes of fire.

“During the visit, the five-member delegation headed by Defence Team chief Major-General Ahmad Shiyam was impressed with our forensic laboratory where we carried our investigation scientifically and professionally on fire occurrences,” he told reporters here yesterday.

He said the Maldives fire team was under the purview of its defence ministry.

Mohd Puzi said, in the 1990s, the Maldives had sent its firemen to undergo training at the training centre in Kuala Kubu Baharu in Hulu Selangor.

Earlier, the visitors were taken to the Shah Alam Fire and Rescue Department in Section 15 here to witness a rescue mission, observe procedures and inspect an array of equipment.

According to the delegation, Mohd Puzi said, most rescue work in that country were conducted using boats, considering the country comprised several islands. — Bernama