Friday, December 3
You are at:Home»News»Sarawak»Turning kids into beggars inhumane 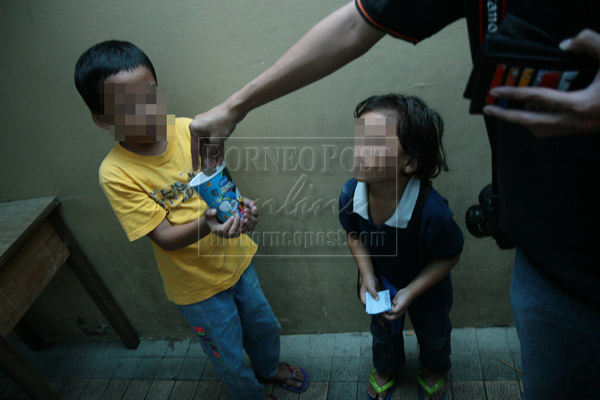 To prevent such acts from taking hold in the state, she advised members of the public to quickly alert her ministry or other relevant authorities should they come across such instances.

To enable the authorities to act, she said, the key facts needed are exact location, time and day the act happened, and the number of beggars involved.

She cautioned that under Children Act 2001, it is an offence to involve children to beg on the streets, be it direct or indirectly. These include activities such as selling calendars and tissues.

“The act of using children’s voice to beg for money is also an offence,” she said when contacted by The Borneo Post yesterday.

“The Act is meant to protect underage children from abuse, negligent, or being taken advantage of.”

She said this when asked to comment on a tip-off given by a member of the public that he was accosted by children asking for money while he was having a meal at a coffeeshop in Satok on Tuesday.

He said the kids asked for money politely, and the reason given by them was that they had not eaten for the day and thus needed money to buy food.

As it turned out, the reporter who was tipped-off had experienced such a situation before. Earlier this year, a kid who looked no older than 12 years had begged from him after he (reporter) had withdrawn money from a bank. The excuse given for begging was along the same line – no food on the table, and thus needed money to buy some.

Fatimah added that those found guilty of using children to beg for money would be referred to Section 32 of the Act, which states that a minor is not allowed to participate in begging and such. Their said guardians can be fined not more than RM5,000 or imprisonment for a term not exceeding two years, or both upon conviction.

She disclosed that during the recent month of Ramadan (fasting month), her ministry did send out enforcement officers to monitor underage kids armed with donation boxes.

“Such activities used to be seen in the past, where children would place donation boxes on the table to ask for public donation. Anticipating the possible appearance of such activities, we conducted reconnaissance work around town on the first and second day of Ramadan in July,” she said.

“We did give gentle reminders to their guardians to stop such act.”