Saturday, December 3
You are at:Home» 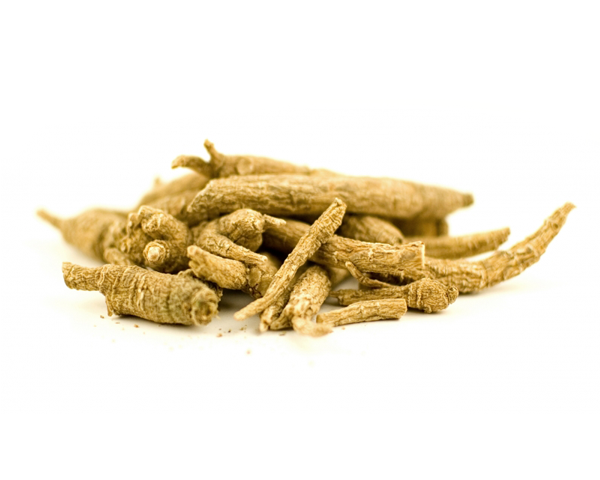 Image from data file:  Given by the Soviets to their athletes, soldiers and explorers as a general tonic to maintain health and in particular to improve stamina and combat stress. Siberian Ginseng, or the ‘devil’s bush’ (dyavol’skii kust) as it is commonly known in Russia, is a thorny bush that grows in the Amur region in the Russian Far East. First discovered by Soviet scientists, test results demonstrated improvements in work output, decreases in absence due to sickness, resistance to fatigue and improved muscular strength and endurance. The compounds found in Siberian ginseng have been proven to have an antioxidant activity, anti-cancer effects, and produce immuno-stimulatory and anti-inflammatory effects.

For some reason, lately, Eleutherococcus (Siberian Ginseng) has almost vanished from becoming a subject when health tonics for energy and stress issues are discussed. It used to be so common place and for a very good reason; It works!, Natural News reported.

Why have we almost forgotten about this truly amazing, fast acting, totally safe, and extremely powerful energy booster? I believe a lot of the reason for this is that the FDA had once forced all marketing of this amazing tonic herb to be labeled as “Eleuthero” and to avoid the name of “Siberian Ginseng” on any labels (Siberian Ginseng is much less expensive than Panax Ginseng) Technically this “law” is still in the books.

Many people don’t relate to the name “Eleuthero” as a powerful tonic for energy and stress without the word “Ginseng” on the label so its use was successfully “swept under the rug” as a popular energy tonic, see photos of Siberian Ginseng here: (http://plantcures.com/sibgin.html) . Chalk one up for the FDA on this one; however the purpose of this article is to help undo the harm the FDA has done to healthy energy seeking consumers.

This is only one example of the FDA being threatened by an inexpensive, harmless, very fast acting and extremely beneficial health adaptogen. Also (of course) they do not want anyone to profit at all from anything natural. The FDA would rather you get “Uppers” from your doctor or even “Speed” on the street than admit there was something natural and safe you could use for energy.

So let’s take a look at the real truth: “Eleuthero” (Siberian Ginseng) is in fact a full scale member of the Ginseng family (http://plantcures.com/meetginseng.html) packing within it even more of an energy factor then Panax (but with less of the useful digestive benefits of Panax). However, there are no down sides at all to this herb. The only “side effect” is that your pocket book may weigh a little more than it did after you bought Panax ginseng because Siberian Ginseng is much less expensive.

Siberian Ginseng is known all over the world now as one of the best adaptogenic agents ever used by man. There just isn’t much else that can deliver so much wonderful raw working energy. It is truly the king of adaptogens.

So what is an adaptogen? I believe I have heard at least 15 different people claim to be “The One That Coined The Term, Adaptogen” but they are all wrong, it was me! (I’m kidding of course) I think the word just sort of “came to be” in our English language as it was just obvious that something that adapts to our many different health situations would be something that was adaptable or “adaptogenic” (as would be the common way to stretch the word out a bit in referring to an herbal substance). Siberian Ginseng fits this description better than any herb I know of and I am pretty sure (though the jury is still out) that it was the first herb the word “Adaptogen” was ever applied to.

Also known as Acanthopanax and Eleutherococcus (hence the name, “Eleuthero”), the root of this plant helps provide the long term energy and the ability to cope with very difficult stress that is so often needed in many everyday walks of life. It also raises blood-oxygen levels.

With the great medical history of the Chinese being able to formulate whichever energy patterns are necessary for patients with herbs, Ci Wu Jia (Siberian Ginseng) has been added to many formulas increasing the effect of energy to every area of the body that needed it.

One of the most often used combinations is Siberian Ginseng and Ping Da Wan or “Gotu Kola” as many people know it. Gotu Kola (http://plantcures.com/gotukola.html) is a magnificent tonic to the brain and when you add the blood-oxygen raising abilities of Siberian Ginseng to it, this combo becomes a dramatic formula to increase concentration, focus, memory, and brain power endurance in general. I have taken this combo many times when studying for a test and when taking an exam. It’s almost like “cheating” but the remarkable thing is that you still retain all the data (http://plantcures.com/gotukola.html) .

When I was in high school (1960’s), I used to run the “440” in track as my best event. (This is a long 440 yard full speed “sprint”.) I had heard about ginseng (Panax) so I obtained some and was able to increase my speed somewhat from it but my body heat seemed to bother me a lot when I took it. I knew nothing about herbs at the time and some of the other runners kept talking about some kind of “Russian Ginseng” that really worked good and did not make you hot. I finally got some of this “Siberian Ginseng” and was able to work up to my best running time. Now days it is hard to find any professional runners that do not take Siberian Ginseng as part of their supplements before a race.

I personally use this herb quite often on those Arizona days that are over 100 degrees when I need to work outside. I can tell you it is a life saver on those days! On the other hand, many people that live in cold areas have told me it is a life saver to them in coping with extreme cold when they have to work out in those conditions.

The effects of this herb providing benefits in two completely different situations (hot and cold climates) illustrates perfectly the definition of the modern term, “Adaptogen”. Another example of Siberian Ginseng’s adaptable qualities is that it can very effectively lower blood pressure in those with high numbers while it can bring it up for those that have very low pressure. I have had much success with lowering blood pressure in patients by simply combining equal parts of Chinese Hawthorn and Siberian Ginseng in an alcohol tincture (http://plantcures.com/herbsforbloodpressure.html) .

Eleutherococcus senticosis (Siberian Ginseng) is more tonifying than the true Ginsengs (Panax sp.). It is neutral energetically and so is appropriate for daily use. Taken regularly, it enhances immune function, increases cortisone levels and anti-inflammatory response, and it promotes improved cognitive and physical performance in human studies. Also remember, unlike the Panax sp. it will lower high blood pressure, not raise it (unless it is already very low).

This amazing herb aids in the recovery from hard physical exercise, as well as from extreme mental exertion. It’s reputation for this is fast becoming common knowledge all over the world. It is now commonly used by thousands of people who engage in high stress, high energy-demanding activities such as high altitude flying, long-distance sailing, working in high or low temperature environments or in deep water. Most competing athletic runners use it because they simply can not outrun the competition that does use it!

Acanthopanax is used by all Russian astronauts (cosmonauts). The use of the extract of this herb in these endeavors has been reported to increase physical strength, sharpen concentration, improve various parameters of mental power, increase visual acuity, improve color vision and to promote the natural healing power of the body.

In Chinese history, Li Shih Chen, in his Great Catalog of Medicinal Herbs, called Siberian Ginseng (Ci Wu Jia) a superior herb, indicating that he believed that Acanthopanax has a primarily tonic, anti-aging natural rather than a medicinal effect. He describes it in this way: “Its action is to invigorate physical energy, regulate vigor, strengthen the skeleton and tendons, and increase one’s ambition. If administered over a long period of time, it can delay weakness and aging. Indications for its use include sexual debility, overly-frequent urination, lumbago (low-back pain), rheumatic pain in the legs and weakness of vigor and vitality.”

For all you “science buffs” out there, many of the active constituents in E. senticosus are triterpenoid saponins. Though all terpenoid compounds have bioactivity in mammals, it is the triterpenes that are most important to the adaptogenic effect. The majority of known triterpenoid compounds in E. senticosus are found as saponin glycosides which refers to the attachment of various sugar molecules to the triterpene unit. These sugars are usually cleaved off in the gut by bacteria, allowing the aglycone (triterpene) to be absorbed. Saponin glycosides have the characteristic of reducing surface tension of water and will strip the lipids. So it could just possibly help you lose weight too!

Let’s bring this wonderful tonic herb back to the people and quit being so afraid of the FDA telling us what we can or can’t call it. We need to stand up to the FDA and call it what it has been called for centuries and what it is; Siberian Ginseng!

Previous ArticleThe law of attraction: Is it time for this sacred cow to die?
Next Article Mothers can keep tab of children via cheap mobile plan