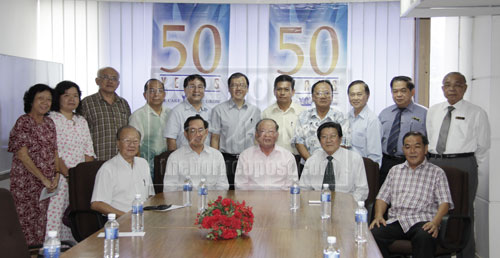 Out of the amount, RM480,000 will go to the schools in Sabah, while the rest will be channeled to Sarawak.

A total of 23 Chinese independent schools in both states will benefit from the programme, with nine of them in Sabah.

The fund-raising event was organised by KTS Group from last September as part of its corporate social responsibility (CSR) in conjunction with its 50th anniversary this year.

Coupons for car wash services were sold to the public at RM25 each and were distributed to all participating schools. KTS Group added RM50 for each coupon sold, making each valued at RM75, which went to the fund.

Yesterday, KTS Area General Operations Manager Ngu Ngiong Hieng handed over some of the collected funds to the independent Chinese schools in Sabah.