Saturday, December 3
You are at:Home»Business»Inclusion of Malaysia in RCEP will boost country’s trade 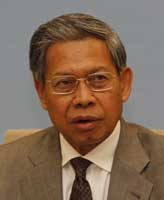 PHNOM PENH: The inclusion of Malaysia in the Regional Comprehensive Economic Partnership (RCEP), the world’s largest economic bloc, will benefit Malaysia by boosting its trade.

Minister of International Trade and Industry, Datuk Seri Mustapa Mohamed, said demand for Malaysian goods could be further increased with the reduction in tariffs or zero-tariff imposed among its 16-member countries.

RCEP will be a single market with over three billion people and a combined gross domestic product of US$17 trillion. Mustapa said RCEP covered about 50 per cent of the world’s trade compared to the US-initiated Trans-Pacific Partnership (TPP) in which Malaysia was also a member, covered only 10 per cent of the total global trade.

“Our trade with RCEP members covered about 70 per cent of our total trade at the moment and the figure is expected to increase with the establishment of RCEP,” he said Asean leaders are scheduled to launch RCEP at the current Asean Summit and negotiation on its mechanism was expected to take place early next year, he said.

“We always support any initiative that facilitate trade,” he said.

“We should not see RCEP as gateway for the influx of foreign traders into our country but also as an opportunity for our businessmen to expand their businesses abroad too,” he said.

He said RCEP would not pose any threat to other economic blocs as its aim was to ease trade procedures and flow of investment. On the negotiations for the Asean-India Free Trade Agreement in which Malaysia acted as the facilitator, Mustapa said he informed today’s meeting that the negotiation process has met a deadlock on services and investments components of the FTA.

“Some aspects which have been agreed upon last August could not be materialised now, Therefore, the negotiation has reached a deadlock,” he said.

He said it was still incomplete although negotiation on goods component of the Asean-India FTA has succeeded when both sides began free trade agreement negotiation for the past one year.

On TPP, Mustapa said, the re-election of US President Barack Obama would further enhance the momentum to the establishment of the TPP, an Asia-Pacific economic cooperation bloc consists of 11 members including four Asean members – Brunei, Singapore, Vietnam and Malaysia. — Bernama