Sunday, September 25
You are at:Home»News»Sarawak»Graduate arrested for causing mischief at McDonald’s 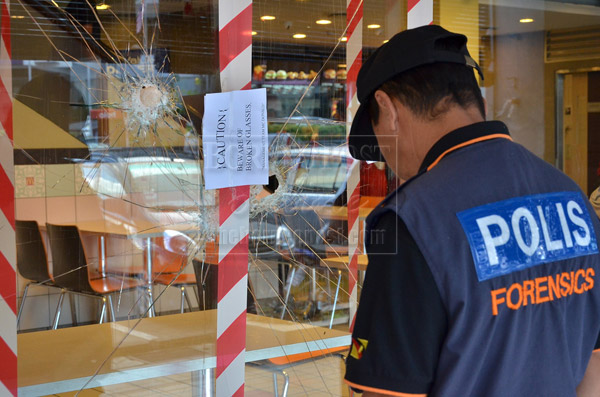 KUCHING: A university graduate, who was arrested yesterday for causing mischief at a McDonald’s two days earlier, claimed he did so to show his support for Palestine in the ongoing conflict in Gaza.

The 25-year-old, clad in a free Palestine T-shirt, was detained at his house at Taman Palma Indah in Matang around noon after police traced the registration number of a car used during the incident. 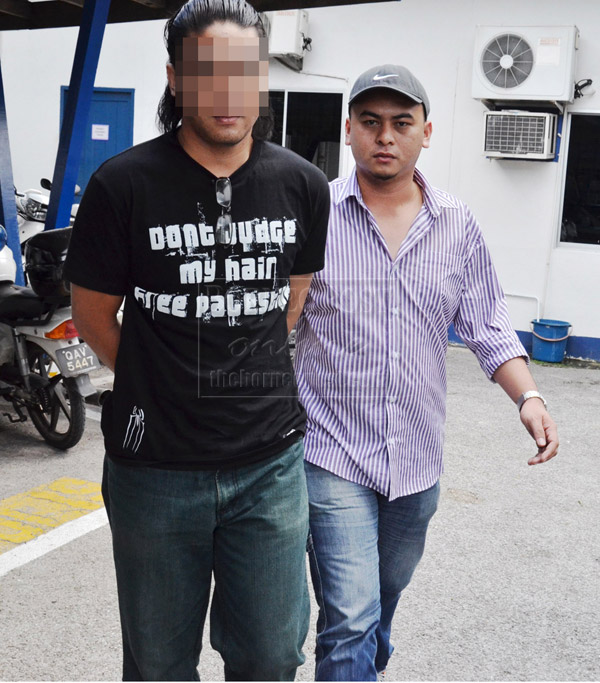 UNDER ARREST: The suspect being led away by policeman following his arrest.

On Monday afternoon, a masked man armed with a hammer showed up at the McDonald’s outlet in Padungan and repeatedly struck a glass panel before escaping, but not before a member of the public recorded his vehicle’s licence plate number.

Following his arrest, police searched his house and recovered a hammer as well as a ‘Guy Fawkes’ mask — a symbol of the online hacker group Anonymous — believed to have been used in the incident.

A source said the suspect claimed his act was meant as a show of support for Palestine, and that he had specifically targeted McDonald’s, an American company, because of the United States’ support for Israel in the ongoing conflict.

The case has been classified under Section 427 of the Penal Code for causing mischief, which carries a jail term of up to two years, a fine, or both upon conviction. 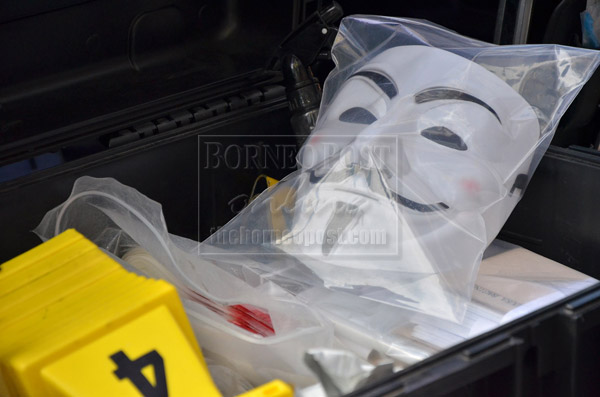 EVIDENCE: The ‘Guy Fawkes’ mask used by the suspect