Sunday, May 22
You are at:Home»News»Sarawak»Old city centre a ‘Halaman Heritage’ site 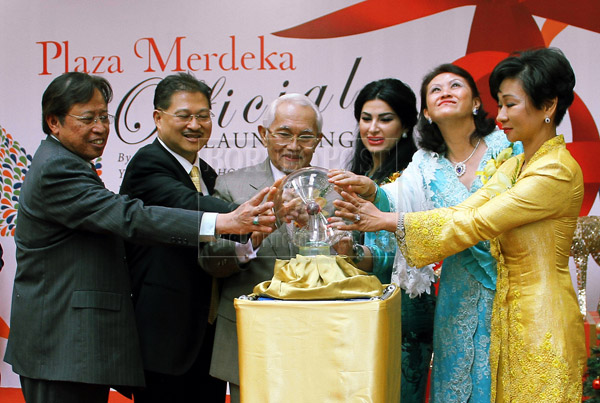 KUCHING: The Kuching historical district may be declared a ‘Halaman Heritage’ as the government sets to accelerate the development of a modern city while preserving its beautiful inheritance.

Chief Minister Pehin Sri Abdul Taib Mahmud said the old city centre (among areas involved) would be studied carefully as the state looked to recognise areas within reach of all the heritage sites to be incorporated into the project.

Officiating at the opening of Plaza Merdeka here yesterday the Chief Minister hoped that the Halaman Heritage (heritage garden) could be declared as early as next year in time with the state’s 50th anniversary in Malaysia. 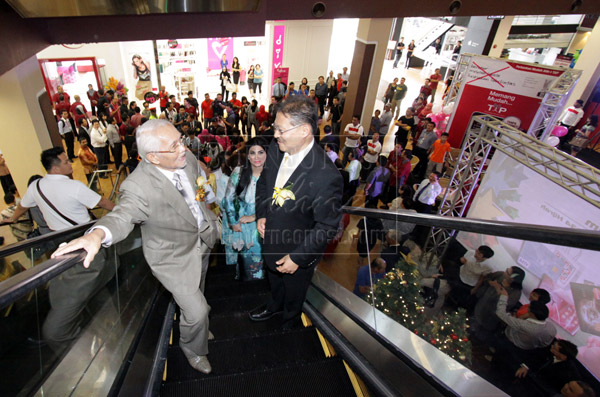 PLAZA STROLL: Taib chatting with Ng (right) as they take an escalator ride at the new shopping mall after the official opening. — Photo by Kong Jun Liong

Taib described the revitalisation of the old city centre surrounding Plaza Merdeka as the beginning of the city’s renewal blending the old with the new.

“There may be many challenges but there is a need to revitalise the (Kuching) city into a new and modern city while preserving its charm and numerous inheritance from the past.

“Roads, for instance, may have to be re-routed.

“Jalan Tun Abang Haji Openg may have to be ‘downgraded’ to make it less crowded and creating easy access roads in and out the city to solve some of the traffic problem at the city centre,” he said.

The Chief Minister also suggested that people coming to the city centre should park their vehicles in the ‘outskirts’ and walk the rest of the way to their destination while enjoying the tranquillity of the heritage garden, the old buildings and the museum.

“What we can put at the Halaman Heritage is up to us by coordinating development that can satisfy the criteria of having Kuching as the heritage capital of Sarawak,” said Taib who is also Minister of Resource Planning and Environment.

To the corporate sector, he told them the importance of revitalising Kuching city by cultivating a nexus of development at the city centre.

He believed that there were enough justification to preserve (the old) while modernising the city at its core (heritage sites) surrounded by Carpenter Street, India Street, churches, mosques, museums and a myriad of Old Kuching City to become one with the people.