Monday, October 3
You are at:Home»News»Nation»Federal govt to transform Kedah into rubber hub 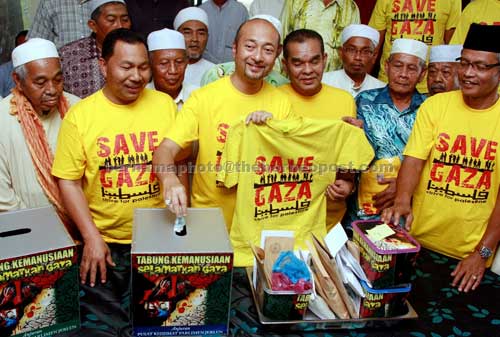 He said the ministry was holding discussions with the private sector to make the proposal to turn Kedah into a natural rubber producer and a high value-added rubber products exporter, a reality.

“The proposal entails cultivating 16,000 ha rubber plantation from the Malaysian-Thai border to Baling,” he told reporters after receiving RM13,000 from 35 mosques, non-governmental organisations and individuals from Jerlun for Gaza victims on behalf of Perdana Global Peace Foundation (PGPF) here yesterday.

Mukhriz, who is also PGPF adviser, said he would also hold discussions with the Rubber Research Institute and universities which were keen to set up a rubber research and development institute.

“I can foresee a high value-added rubber industry in the offing in Kedah. Currently, we are merely exporting natural rubber, but we can get higher revenue by exporting rubber-based products,” he said.

Mukhriz, who is also member of parliament for Jerlun, said the plan could be implemented earlier if the Barisan Nasional could wrest Kedah from the opposition in the looming general election. — Bernama