Tuesday, November 29
You are at:Home»Business»Islamic banking and finance to continue to grow in 2013 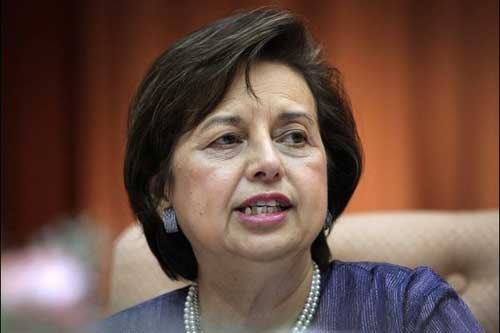 ISLAMIC BANKING GROWTH CONTINUES: Bank Negara governor Tan Sri Dr Zeti says that the new law, which will be effective next year, will bring certainty to the legal and regulatory treatment of Islamic financial transactions by providing legal recognition to the contractual requirements in accordance with the Syariah.

KUALA LUMPUR: Islamic banking and finance is likely to continue its growth trajectory next year despite the outlook of a challenging year ahead and the slowdown in global economy.

The robust achievement recorded throughout the year coupled with the ‘safe-haven investment’ sentiment among investors will be the main reasons for the industry to remain favourable.

In the Economic Report 2012/2013 by the Ministry of Finance, the Islamic banking business was stated to have continued to expand in the first seven months of this year with total assets increasing 20.6 per cent to RM469.5 billion, representing 24.2 per cent of the country’s banking system’s assets.

RHB Islamic Bank Bhd managing director Abdul Rani Lebai Jaafar said Islamic finance in Malaysia was ready to move on to the next stage and compete more aggressively in the global financial market.

He said Islamic finance seemed to have been also equally accepted by both Muslims and non-Muslims due to continuous awareness programmes and customer experience.

He, however, said 2013 could be a challenging year as the issue of ‘funding versus financing’ has remained within the industry where the question of sourcing for funds to generate financing from very limited resources locally needs to be addressed.

Among the challenges would be the limited number of trained and knowledgeable Islamic bankers available in the market to cater for the growing segment.

Although several Islamic banking learning centres such as Islamic Banking and Finance Institute Malaysia (IBFIM) and International Center for Education in Islamic Finance (INCEIF), have been set up by the authorities and training programmes held for fresh graduates by the industry players to tackle the problem, more concerted efforts are needed, Abdul Rani said.

INCEIF chair of Islamic Finance Prof Dr Abbas Mirakhor said the authorities must have a strong commitment in a way that appeals to a pluralistic society to ensure progress for Islamic finance.

“It must be framed, communicated and explained to the society in a way that all segments of the society will understand its benefits and no segment is threatened by either the commitment or the progress,” he said, adding that innovation in products would be also important.

“Malaysia is seen to be in the driver’s seat when it comes to Islamic Banking.

Innovation is a key factor to push Islamic banking to a higher level.” Meanwhile, the new legal framework for Islamic banking and takaful, which is now at the final stages of the enactment process, would be one of the key drivers for the industry movement.

Bank Negara governor Tan Sri Dr Zeti Akhtar Aziz said the new law, which would be effective next year, would bring certainty to the legal and regulatory treatment of Islamic financial transactions by providing legal recognition to the contractual requirements in accordance with the Syariah.

“This provides a comprehensive legal environment under which effective risk and profit sharing activities can take place, encompassing all aspects of Islamic financial transactions,” she had said at the Islamic Development Bank Regional Lecture Series on Islamic Economics, Finance and Banking in Jakarta recently.

Abdul Rani said if the new act took effect next year, the outcome would further drive the Islamic finance into greater stability in the midst of continued innovations and globalisation of Islamic finance.

“The new act would potentially provide the industry greater legal certainties in conducting business given Islamic finance development has extended beyond borders; and has interlinkages with various segments of the financial market and real economy.”  On sukuk, RAM Rating Services Bhd Head of the Islamic Finance Ratings Zakariya Othman said Malaysia has built a successful track record as a hub for Islamic finance transactions given its strong legal and regulatory framework that provides a sound foundation.

This coupled with an increased demand for sukuk from investors has spurred the growth of the Malaysian sukuk market.

“Malaysia still dominates the market with a share of 74 per cent of global sukuk issuance as at end-September 2012 and the trend looks set to continue moving forward.

“The significant demand for sukuk has been spurred by the high levels of surplus savings and reserves in Asia, which will further boost the prospects of the burgeoning sukuk market in Malaysia,” Zakariya Othman said.

On the global outlook, Zeti said the vibrant private sector investment, coupled with ongoing government projects will support the growth of sukuk next year.

“We expect the sukuk market to continue to remain on its growth trajectory.”

Sukuk issuances in Malaysia amounted to RM219.4 billion during the first eight months of 2012 against RM120.7 billion in the corresponding period of 2011, contributed in part by the largest issuance to date of RM30.6 billion by Projek Lebuhraya Usahasama Bhd. — Bernama

Previous ArticleFisherman gets jail, cane for raping step-granddaughter
Next Article Seven crews on board saved on Christmas Day