Friday, October 7
You are at:Home»Features»Bringing JOY to the highlands

JOANNA Joy is not only the MAS agent in Bario but also the owner of a large Bario pineapple garden and a homestay business. 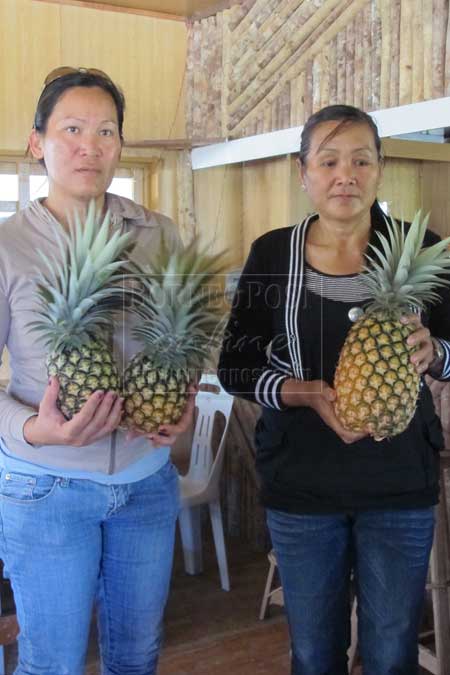 PINEAPPLES FOR LUNCH: Kelabit friends bringing Bario pineapples for the afternoon meal prepared at the homestay. All dishes are individually cooked for each group.

A mother of two young adults who have been educated in Kuala Lumpur — one already working and the other completing his studies — she has, in response to the call of familial duty, returned to the Bario Highlands to look after her aged mother and adopted parents.

When she was a little girl, her parents allowed their relative to adopt her. So, she has two sets of parents like many of the indigenous people of Sarawak.

Joanna who had her early education in Bario, studied in Institut Teknologi Mara after completing secondary school. Upon graduation, she worked and got married and then found a job outside Bario – the usual story of young Kelabits. However, the highlands had been beckoning to her.

Her children are now fairly independent and chasing their own dreams. Her daughter has graduated with an MA in biotechnology from University Malaya and her son is studying to become an IT programmer from ITM.

The conditions were, thus, right for her to return and contribute to her hometown in the state’s scenic highlands.

Besides looking after her aging mother and adoptive parents, Joanna has put her time to good use by helping her people wherever she can. Presently, she is also holding down two jobs — as operational manager of Bario Airport and MAS agent.

She said she is not going to retire yet because she still has many dreams to fulfill. A few years ago, she started a pineapple farm on a piece of land near the airport. And not long ago, she opened a homestay business.

When friends from West Malaysia and overseas visit her, she is happy to show them her pineapple farm. She planted the young suckers with the help of her relatives, and is now harvesting as many as 10 to 15 fruits a day — sometimes more. Any surplus will be made into jam.

However, Joanna has problems using her food processor to make jam. When the Bario dam is low, there is virtually no electricity for the community. And since power supply is dependent on the water level in the dam, it is not everyday that she can use her food processor to make jam. Fortunately, there is a generator at the secondary school in the area which she can rely on when the need arises. 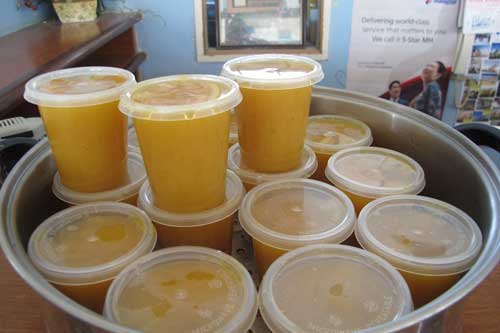 Joanna also faces a serious problem in her pineapple business. Sending the fruits by air to Miri is very expensive. She sells her pineapples at RM2 per kilo to passengers and relatives.

Malaysian Airlines allows free luggage of 10kg. Passengers are weighed before checking in with their hand luggage. Each pineapple easily weighs up to 3 kilos. If someone buys a box of pineapples, he or she may have to pay an extra RM30 surcharge because of excess baggage.

Relatives bringing a pineapple or two for their family or friends would usually wait for a friendly passenger to help hand-carry the fruits for them to Miri. That’s the way of the people in the highlands – always ready to help each other.

Besides pineapples, Joanna’s family also plant rice. If she cannot farm the land herself, she will ask other padi planters for help — perhaps on a sharecropping basis.

In the past, her parents had no problem planting enough rice to feed the whole family for a period of two years. Will she allow her land to lay fallow for the next few years?

In fact, Joanna is having to face many issues related to growing rice and pineapples in the highlands. Can she get a grant to start a pineapple jam cottage industry? She has been sourcing for help from friends and government agents but to no avail so far.

She sells her home-made jam at counters that are open to her but she has to remember not to over-produce because her refrigerator cannot operate 24 hours a day due to limited electricity supply in Bario.

Moreover, many of the better educated younger women who bemoan the lack of basic utilities – adequate electricity supply, for example – in the area have left to find work elsewhere. 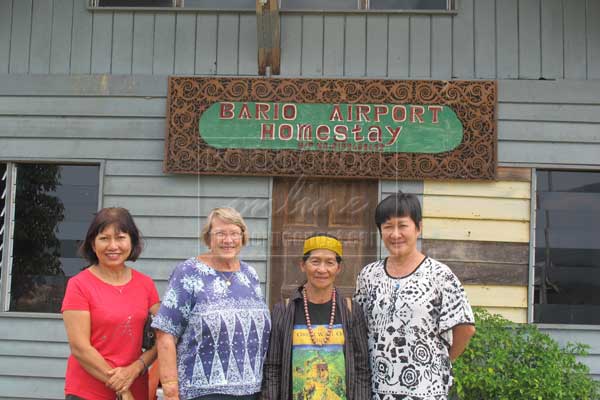 WITH VISITORS: Joanna (right) and her visitors in front of her homestay.

Homestay business in Bario is irregular. Things usually pick up only during festive celebrations. However, for holiday-makers – both local and foreign – homestay accommodation and related facilities are available in Bario as well as nearby villages which offer attractions like kayaking and salt mines.

One popular setup is Joanna’s Bario Airport Homestay which offers good food. The chef frequently comes up with “very refreshing dishes.” Fresh talipia from Joanna’s pond next to the homestay is available everyday!

Dessert consists of a huge plate of freshly-plucked pineapples, and vegetables bought from the surrounding homesteads although green-thumbed Joanna grows most of her own vegetables.

Joanna Joy is a shinning example of an enterprising Kelabit woman who meets her challenges with plenty of cheers. If the challenges she is facing can be overcome, many younger highlanders would probably stay back to work and help boost the local economy.

With plantation roads linking Bario to Marudi, the future looks good for those Kelabits hoping to return home after their retirement — and even for the younger ones after their education outside the highlands.

According to a young government officer in Marudi, there might be more jobs in Bario in the future as more businesses can be opened up. With so many possibilities, the rural-urban migration which has been affecting many Bario families, could see a reversal.