Tuesday, October 19
You are at:Home»News»Sarawak»Nurse cheats death in head-on collision 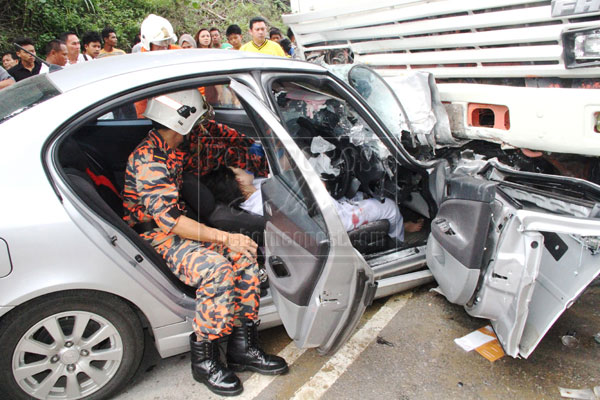 CHEATING DEATH: The nurse lies pinned to her seat as firemen figure out how to extricate her.

KUCHING: A nurse cheated death while on her way home from work after her car collided head-on with a 10-tonne lorry at Jalan Batu Kitang yesterday morning.

The 26-year-old nurse, who is attached to Sarawak General Hospital Heart Centre in Kota Samarahan, was heading back to Kampung Peninjau Lama in Bau when the accident occurred around 9.30am.

Witnesses at the scene said the collision happened after the nurse’s Proton Persona went out of control while negotiating a bend and crossed over into the opposite lane before crashing into a lorry.

She was pinned to the seat of her wrecked car and had to be extricated by firemen.

An ambulance arrived to send the nurse, who only sustained a broken right leg, to Sarawak General Hospital for treatment.

In a separate incident, a 24-year-old plantation worker sought treatment at a clinic after a snake bit him on Tuesday night.

The victim was walking through an oil palm plantation in Sadong Jaya on his way to his living quarters around 9.30pm when a snake, believed to be a cobra, bit his right foot.

Despite the pain, he was able to make his way to the quarters and sought the help of fellow workers who sent him to a clinic where he was treated before being referred to Sarawak General Hospital.

He is reported to be in stable condition. 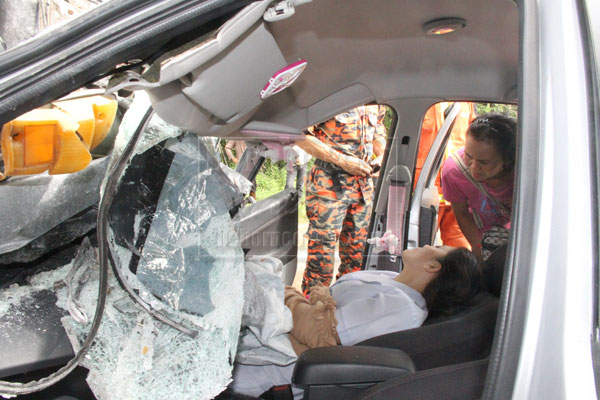 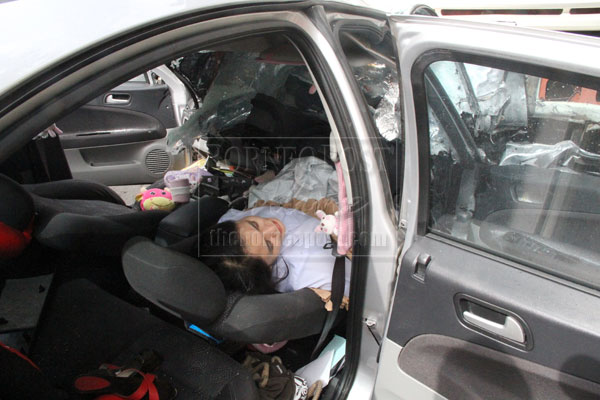 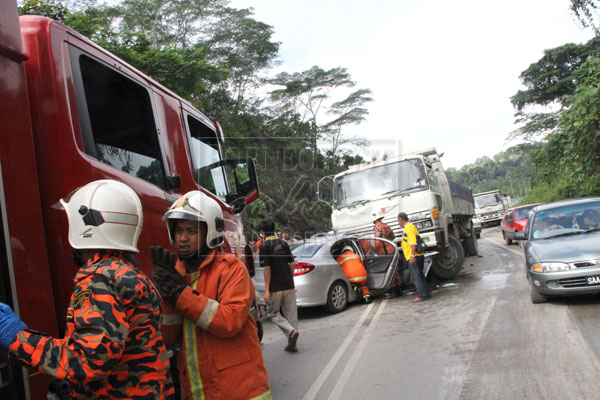 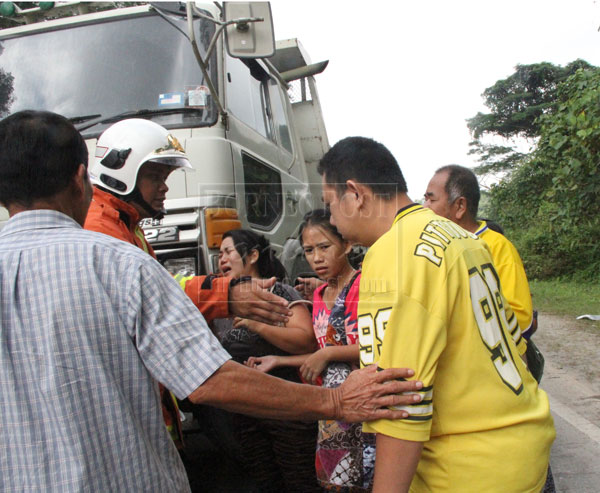 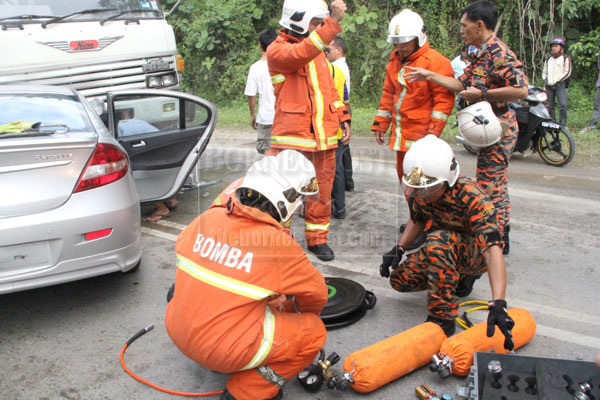 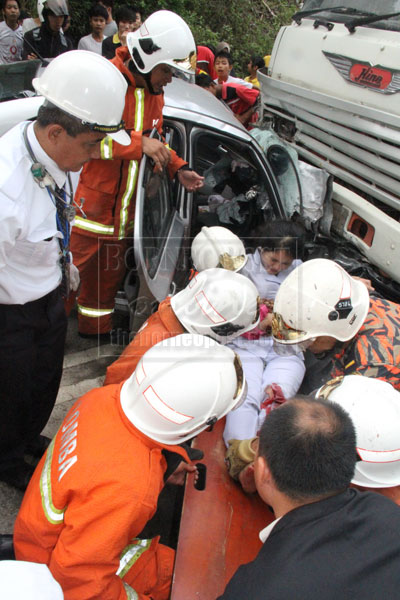 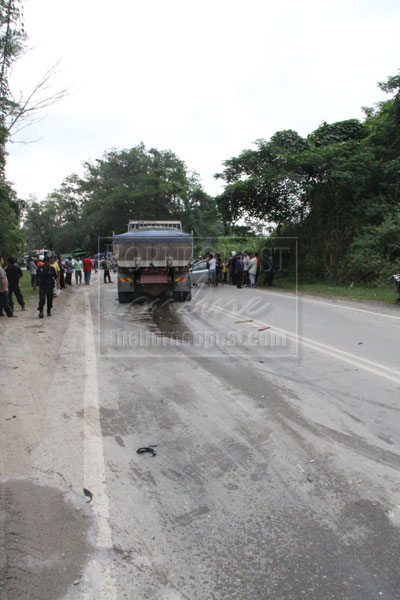