Sunday, May 22
You are at:Home»News»Sarawak»Sarawak Museum holds talk on Japanese Occupation 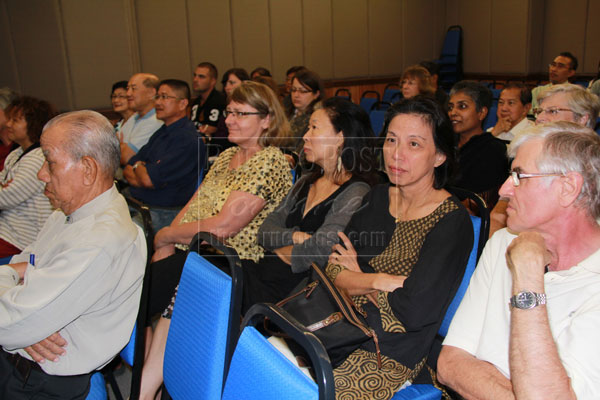 INTERESTING POINTS: Members of the audience listen to the talk.

Tourist guide and independent scholar Edward Lankin Mansel presented the talk, which was attended by over 50 people including foreign tourists.

Mansel shared historical documents and photos of what could be called the darkest period in Sarawak’s history.

He spoke of the cruelty and ruthlessness of Japanese soldiers due to their code of principles ‘Bushido’ (the way of the warrior), which the Samurai were required to observe.

According to him, Bushido was a moral code which stressed honour in death and that it was a disgrace to surrender. 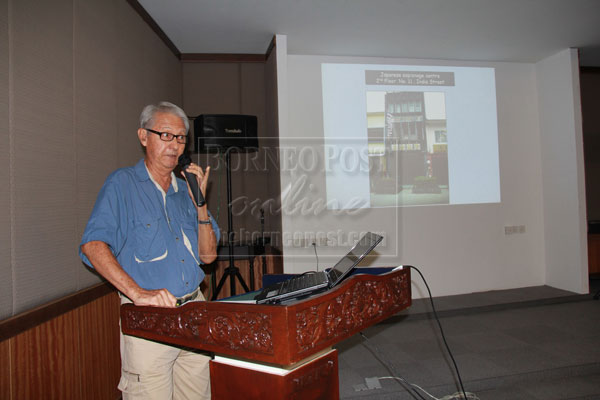 HISTORICAL FACTS: Mansel highlights a point during the talk.

In Sarawak, Mansel said the Japanese soldiers first landed in Miri because of the oil plant, while Malaya was chosen because of tin and rubber, while Indonesia was for cheap labour.

At that time, he said, the Europeans here thought the Japanese were ‘paper tigers’ but they were in fact experienced fighters after a long battle in China.

He pointed out documentation stating that the Japanese soldiers were more cruel to the Chinese than other ethnic groups because of their support for China.

Once they landed in Kuching via Santubong, Mansel said the Japanese soldiers tied up some European officers and placed them on the streets to humiliate them. Many died in prison because of a lack of food and after being tortured.

Apart from South East Asia, Mansel also spoke briefly about Pearl Harbour in the US and other related documentation.

Born in 1942, Mansel’s maternal grandfather was a Japanese who married a Bidayuh, while his father was English.

He studied at St Thomas’ School in Kuching and served for 35 years in the research branch of the Department of Agriculture.