Masing: HEP dams will only be built as and when the need arises 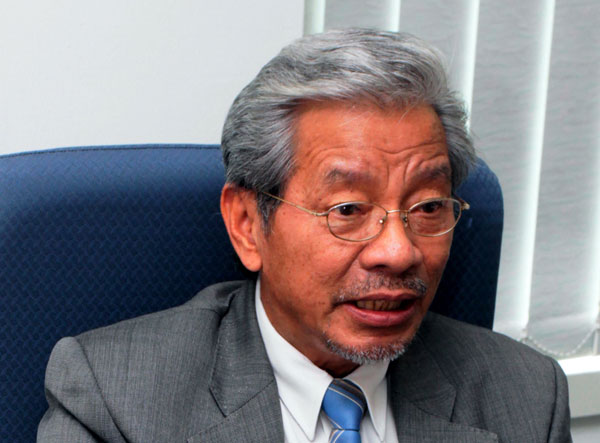 KUCHING: Minister of Land Development Tan Sri Dr James Masing has chided an AFP journalist for quoting him out of context concerning the issue to build 12 hydroelectric power (HEP) dams in the state.

Speaking to The Borneo Post hours after being interviewed by the AFP journalist in his office here yesterday, PRS president Masing grimaced that the interview was conducted in English and yet the journalist could not differentiate between the terms “identification” and “implementation”.

“It is so shameful when someone from a foreign media don’t understand English that well.”

Masing said what he told AFP was that the state had identified 12 possible sites for the construction of HEP dams.

“However, they will only be built as and when the need arises. If the need doesn’t arise, the dams will not be implemented. To date we have developed three dams, namely Batang Ai, Bakun and Murum,” he explained.

“If the need arises, we may build two more – in Baleh and Baram. So, to assume that we will build HEP in all 12 possible sites is a misunderstanding on the terms identification and implementation.”

The AFP quoted Masing as stating that the state would not push ahead with building 12 controversial dams amid anger among local tribes and environmentalists over the plans.

It followed that up by claiming that plans for the dams had sparked widespread criticisms for they would further destroy remote jungle and wildlife and displace locals.

Masing was also purported to have said that the state would only need four, and not 12, dams to cater to its energy demands even though it aimed to attract more industries.

“It is not a firm plan to build 12 dams. I don’t think we will need that. We will only need four of them,” Masing was quoted as saying in the interview.

Masing told The Borneo Post that when the then Sarawak Electricity Supply Corporation (Sesco) identified the 12 possible HEP sites in the 80’s, where he was also personally involved, they never said that all would be implemented.

“If we felt the need for additional dams few years from now, we definitely will have to build it now because that is what planning is all about.”

Hence, Masing said it was incorrect for AFP to say that the state would not push ahead with building 12 controversial dams amid anger among local tribes and environmentalists over the plans.

Previous ArticleTYT: Cultural activities can keep social ills at bay
Next Article Snake in the Limelight