Sunday, September 19
You are at:Home»News»Sarawak»‘No place for politics in SDNU’ 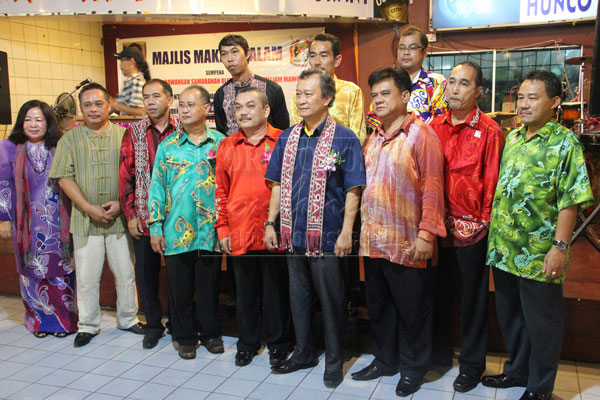 KUCHING: The Sarawak Dayak National Union (SDNU) has no political affiliation as its objective is to uphold the social, educational, economic and cultural development of the native community here.

Touching on the organisation’s new transformation programme, vice-president (I) Anthony Banyan said the organisation could only serve its members effectively if its decisions were not tainted by political affiliations.

“Since its establishment in May 1955, SDNU has always been about teamwork, maintaining unity and enhancing members’ solidarity to serve the Dayak community. Unity is very important, if we can’t unite under this umbrella, how can we even talk of unity elsewhere.

“There is no individualism within this organisation. SDNU has no political affiliation and this is how it should always remain. Everybody is welcome to join us,” said Anthony on behalf of SDNU president and Senior Minister Tan Sri William Mawan at the launch of SDNU Kota Samarahan branch at a restaurant at Mile 13 near here Saturday.

Samarahan branch has about 100 members and is inviting more Dayaks to join while seeking funds to set up its service centre.

Paul, in his speech, urged members to be proud of their Dayak association and not deviate from SDNU’s main objective of upholding development for the community. He advised members not to be confused or easily influenced by outsiders who said SDNU had other objectives.

During the dinner, he announced a RM10,000 minor rural grant (MRP) from Mawan who is also Social Development Minister.

“Together, we will develop Dayak society to stand tall with the other races,” he highlighted.