Sunday, November 27
You are at:Home»News»Sarawak»Get your dog vaccinated, advises vet 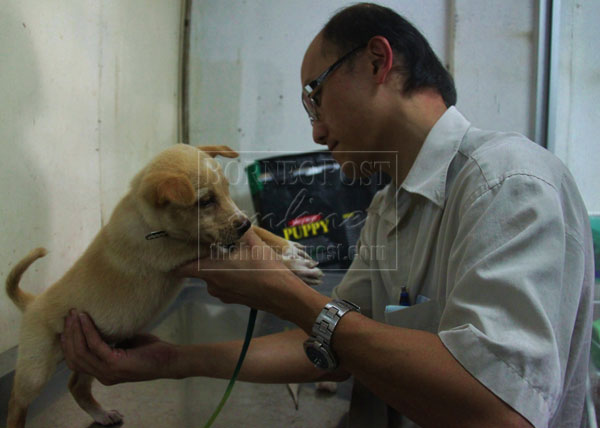 IS HE HEALTHY?: Dr Hii examines a puppy. 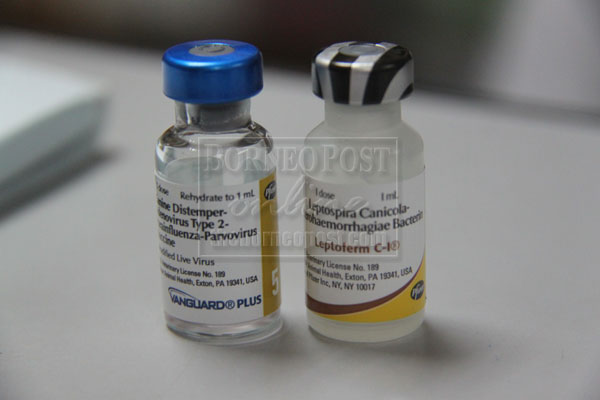 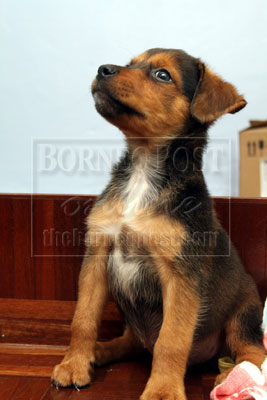 WHEN TO GET STARTED: Puppies as young as six weeks old can get vaccinated. 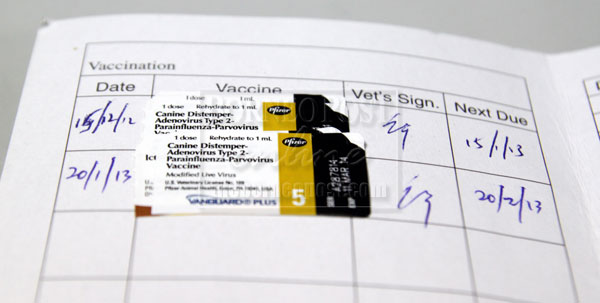 MEDICAL HISTORY: Pet owner given a card that records what his pet has been vaccinated against.

SIBU: Those keeping dogs should ensure they are vaccinated against diseases which have surfaced in one form or another these days, veterinarian Dr Hii Wei Chuong urged.

“Dogs these days are vulnerable to all kinds of diseases,” reiterated Dr Hii who runs the Wesley Veterinary Clinic.

“Since Chinese New Year, I have examined many dogs suffering from canine distemper. The symptoms include poor appetite, red eyes and runny nose Death may occur if the disease is discovered late or treatment delayed.

“Canine parvo virus which normally breaks out in June or July results in symptoms that include not eating, vomiting and diarrhoea,” Dr Hii said.

The survival rate of a dog that has contracted canine parvo virus is about 10 per cent.

“Canine parvo virus could lead to death in just two or three days unlike canine distemper, which could drag for two or three weeks. If a dog can go on about five days, there is a chance it will live,” he said.

On vaccination for puppies, he said it could start when the puppy is six weeks old.

“The second injection will be given on the 10th week, and the third on the 14th week. After that, the injection is once a year.”

Dr Hii cautioned against bathing the puppy on the first three days after vaccination.

“It might feel feverish, but it is a normal reaction to vaccination. Just give it a lot of water to drink.”

He said not all dogs feel feverish after vaccination and if the fever persists, get some medication at the veterinary centre.

Immunity is not immediate. A vaccination will take about 14 days to take effect during which the dog should be kept in the kennel, Dr Hii advised.

Vaccination, he said should only be given to healthy dogs.

“Many pet lovers think about vaccination when their pets get sick,” he said, adding that sick pets ought to be treated, and vaccinated when they had recovered.

Dr Hii dismissed the misperception that pets kept within a house where there were no other animals in the neighbourhood need not be vaccinated.

The vet said it was heartening to see more people becoming aware of the need to vaccinate pets.