Tuesday, October 19
You are at:Home»News»Nation»EC: Polling on 5 May, Nomination on 20 April *video! 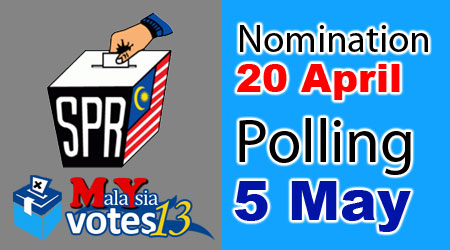 PUTRAJAYA: The Malaysian Election Commission has today announced that the polling date of the 13th General Election of Malaysia (PRU13) to be 5th May, 2013, while nomination of candidates is set on 20th April.

All 222 parliamentary and 505 state seats will be decided on the same day, stated the Election Commission.

On the other hand, Sarawak will not be electing a new state assembly as the current Sarawak state government still has 3 years left before expiry.

The Election Commission held a special meeting earlier today on 9.30am to decide on the respective dates on the PRU13. 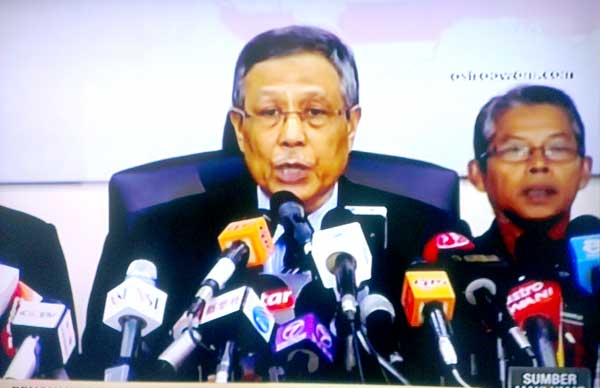 Previous ArticleNomination on April 20, Polling on May 5
Next Article GE13: Polling On May 5, Nomination On April 20 *update!