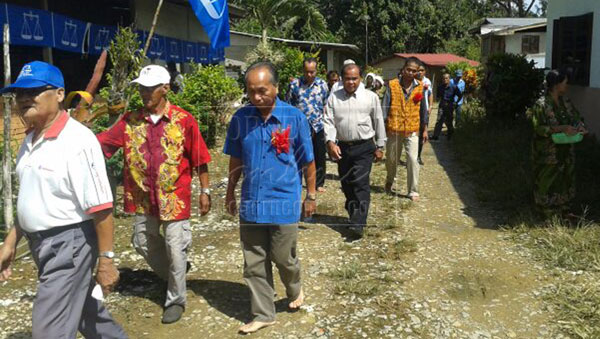 According to him, this is because a win for the opposition here would stop the implementation of development projects costing more than RM400 million.

“The Sri Aman constituency is currently ‘flooded’ by development projects from the Barisan Nasional (BN) government such as the construction of a hospital, upgrading of the water treatment plant and electricity supply to rural areas.

“If Sri Aman fall into the hands of the opposition, development here will be discontinued and therefore I call upon the people to think of the development they will have if they continue to choose BN in the election,” he said in his speech when launching the ‘Leader with the People’ session at Rumah Bali Bandan, Kpg Giam Lama in Simunjan recently.

Masir also implored the people to reject the opposition parties and independent candidates who try to gain political support from them during GE13.

The experience of the BN-led government in developing the state should serve as a measure for the people to evaluate the contributions of the opposition party and the development they would experience in the future,” he said.