Saturday, October 8
You are at:Home»Business»BizHive»Internet insecurity: Could a Sarawak ‘cyber army’ be afoot? 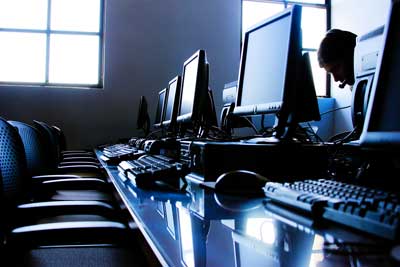 But the clandestine actions of so-called ‘invisible threats’ gracing headlines in recent weeks have arguably revealed otherwise, billowing waves of consternation throughout our hyper-connected world.

In Malaysia, a clarion call has been made to make public the government’s cyber crime policies, while the country looks south to Indonesia, which has already planned the deployment of a ‘cyber army.’ With a minister visiting Jakarta and Sarawak tub thumbing along, Malaysia could get a battalion of its own digital foot soldiers soon.

How the public reacts is another story.

If there were doubts before, then the revelation made by former CIA employee Edward Snowden of the global US surveillance programme – known as PRISM – has clearly confirmed it: The Internet is a shadowy, porous world; an immense playground for such archetypal Orwellian scanners.

The US government – and indeed many others – will be quick to point out that such surveillance systems are deployed to combat security threats against the public and governmental institutions that move economies.

However, the US has been accused of ‘spying’ on countless of innocent members of the public, as well as sovereign nations across the planet in its self-assumed hegemonic role as global custodian.

This is the real game changer this time around in an issue that has intermittently flared over since the advent of the Internet.

Defining the limits to which government’s can patrol cyber space in the name of protecting themselves and their citizenry is an ethical minefield that Malaysia now has to navigate on its own terms.

Following the global reaction, Sarawak has taken a defensive stance, promising to tackle what is perceived as the dangerously unbridled anonymity that exists in the modern interspaces of technology.

In a previous interview with The Borneo Post, Sarawak’s Minister of Land Development Tan Sri Dr James Jemut Masing said on June 18 that “our new security threats are ‘nameless’ and ‘faceless’ via the Internet.

“And for this reason, it is even more important to reinforce our cyber defences.” In this way, Malaysia is migrating closer to Indonesia’s strong – some would say militaristic – policies.

The Indonesian defense ministry itself is indeed planning to create a special force called ‘cyber army’ to combat attacks by Internet hackers against the state’s portals and websites, which are considered crucial to national security.

Having had more than 36 million attacks against government sites over the past three years, Indonesia is pressured to take serious action.

“Cyber crime is a new challenge in the security field and it is closely related with commercial crimes such as money laundering, breach of trust and tax evasion,” Ahmad Zahid told media in Jakarta on June 15.

Malaysia’s admiration of Indonesia’s cyber army, which actually hires uniformed soldiers particularly trained on information technology and equipped with skills and techniques on how to prevent cyber attacks, could engender unpopular surveillance policies, however.

In the Philippines, for example, the Cybercrime Prevention Act of 2012 was met with vociferous uproar by journalists, who decried that the government was defining cyber crime too widely, effectively giving their cyber patrollers carte blanche to spy on innocent individuals and entities.In response, the Aquino administration in late May agreed to amend the law, dropping a clause concerning online libel to now focus more on organised crime – what some would say is a win for the public’s privacy.

Malaysians will have to face a similar trial in determining their privacy boundaries.

How much control over the digital data waves should the government have to protect you, your nation? If privacy and freedom can be said to be synonymous, than this phase is particularly pertinent: It is always much easier to take a freedom away than to give it back.