GLORIOUS MOMENT: Gabriel celebrating his glorious moment as he sings his winning song ‘Genggam Jariku’ together with all the finalists.

SIBU: Gabriel Fairuz Louis made Sibu proud when he was adjudged champion of the 6th edition of Anugerah Juara Rentak Ruai (Ajarr 6) at Sibu Civic Centre on Saturday night, with his own composition entitled ‘Genggam Jariku’.

It was a memorable moment for Gabriel who hails from Rumah Philip Kayak, Sungai Durin, Sibu. 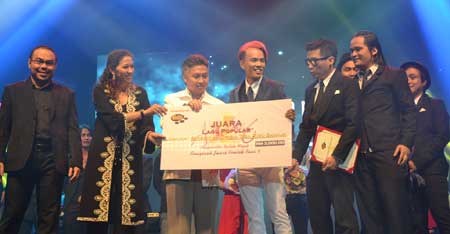 As Ajarr 6 champion, the delighted Gabriel was all smiles when he received a mock cheque of RM5,000 plus trophy.

The Sibu Civic Centre was jam-packed with about 2,000 spectators.

Meanwhile, the ‘Ajarr 6 Most Popular Song’ category (through SMS votes) was won by popular rock band Hevance with their song ‘Bajik’.

The rock band received a total of 7,944 SMS votes from their fans. 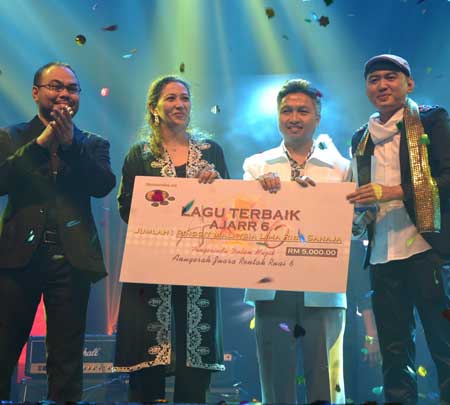 AJARR 6 CHAMPION: Gabriel (right) is all smiles as he receives the mock cheque from Snowdan while Hanifah (second left) and Iskandar look on.

Obtaining 5,800 SMS votes, Hailey through his song ‘Kumang’ grabbed the second place while Gabriel with 3,604 SMS votes was third in the category.

The ‘Ajarr 6 Best Vocal’ was won by Taju Remaong, a rock band from Kapit, with their song ‘Enda Sanggup’.

As for ‘Ajarr 6 Best Performance’, it was won by the popular evergreen Iban celebrity, Rosiana Urai, with her song ‘Ngarapka Bisi Tedai Pengerindu’. 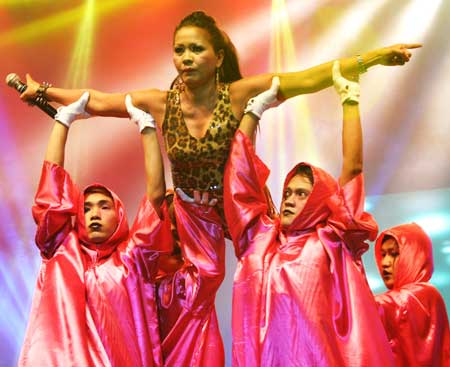 CREATIVE AND CAPTIVATING: Urai with her choreographed presentation.

Both Taju Remaong and Urai received a trophy each. 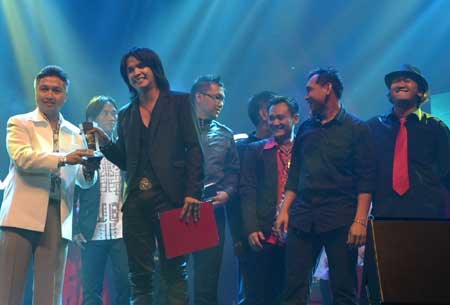 The president of Dayak Music Association (Dama), who is also Balai Ringin assemblyman, Snowdan Lawan, gave away the prizes.

Ajarr 6, with its theme ‘Pengerindu Dalam Musik’, is supported by the Sarawak Tourism Ministry as part of the state tourism calendar of activities. 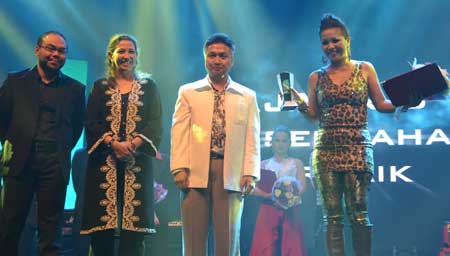