Sunday, November 28
You are at:Home»News»Sarawak»Elderly Russian tourist not spared by snatch thief 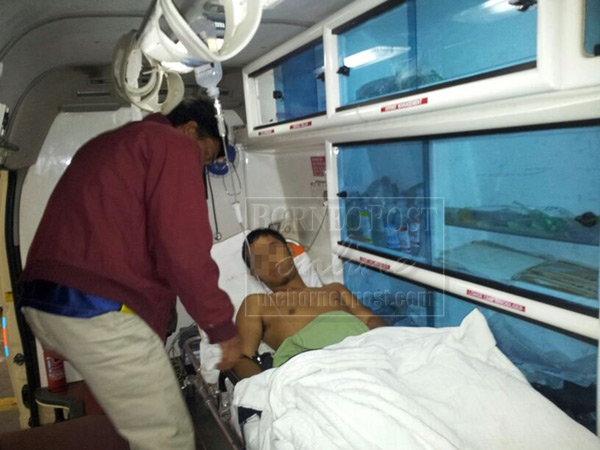 FOR FURTHER TREATMENT: Road accident victim, accompanied by his father, being referred to the SGH.

KUCHING: An elderly Russian woman lost her handbag, which contained some RM2,000 of items including cash, to a snatch thief on Sunday morning.

The 60-year-old woman was walking back to her hotel around 11am when her bag was snatched by a motorcyclist.

The handbag contained her mobile phone, hotel room key and cash of RM500.

She was apparently unhurt and her children reported the incident to the police.

In an unrelated case, a teenager from Sri Aman was transferred to the Sarawak General
Hospital for further treatment after suffering injuries to his private part in an accident on Sunday.

He was involved in an accident with a car around 8pm near Kampung Melugu in Sri Aman.

The 19-year-old victim was sent to Sri Aman hospital for treatment but was referred to the SGH after it was found the injuries were severe.

He was accompanied by his father and arrived at SGH around 2.47am yesterday.