Monday, January 30
You are at:Home»News»Sarawak»New landscaping for oldest roundabout
For the freshest news, join The Borneo Post's Telegram Channel and The Borneo Post on Newswav. 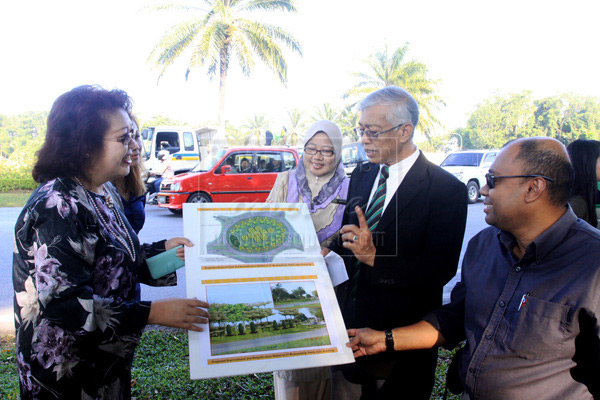 “The whole landscaping exercise would take about three months to be completed,” he said during a media visit to the roundabout yesterday.

Abang Wahap said the landscaping exercise was also in line with DBKU’s Kuching City Clean, Beautiful and Safe Improvement Plan, which was launched early this year.

The landscaping project is estimated to cost about RM70,000 and will be fully implemented by DBKU staff to test their capabilities.

He assured the public that DBKU would not remove trees unnecessarily as the commission has included in its key performance indicator that for every tree felled, three others would be planted.

The roundabout, which was built in the mid-70s by the then Kuching Rural District Council (KRDC), now serves as an important gateway to areas such as Gita, Matang, Jalan Astana and Semariang.

Abang Wahap said DBKU hopes to turn the roundabout into something iconic that the people would always enjoy looking at.

The public would see the fruits of the landscaping exercise around one year after completion as the trees would take time to grow.

Abang Wahap said DBKU is also considering an urban forest for Kuching’s biggest roundabout at Jalan Sultan Tengah as well as beautification work on the other six roundabouts under its jurisdiction.

“What we want to do is we want to engage the community and we want to get private sector to come in. In fact, a few have indicated their willingness to more or less sponsor (the projects) but we are still drawing up the plans and there may be some legal requirements to be looked into,” he added.