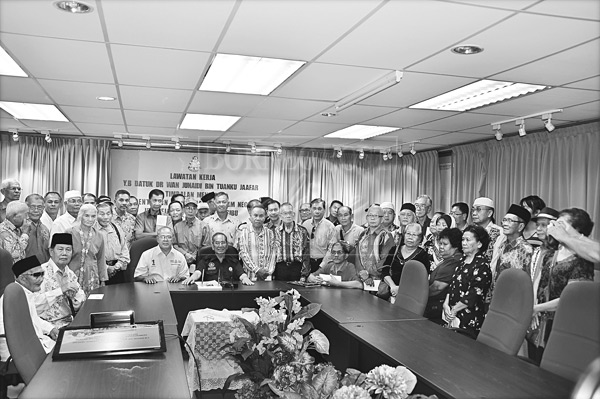 He said on average, some 1,500 policemen retired every year, leaving a huge vacuum to be filled.

“It could take a long time to have the vacancies filled,” he said during his working visit to the police headquarters here.

Wan Junaidi said a policeman needed to go through six months of training to become an officer.

“The training used to be three months, but we’ve realized it was too short to be adequate,” he pointed out.

An investigation officer, he said, was not supposed to handle more than five cases at any one time to ensure professionalism. “That’s why we have to churn out more officers,” he said.

He said he had noted that one particular investigation officer in Kuala Lumpur was given some 100 cases to handle all at the same time, and he would not expect any good outcome from his investigations.

The deputy minister said he had recently directed the office of the Inspector General of Police (IGP) to look into the matter pertaining to the recruitment of more policemen.

“I’ve also requested to have a battalion in Bintulu, and a police station in Samalaju.

“This could take a little time but initiation ought to be there,” he said.

On the crime rate in Sarawak, he said it had dropped, but violent and serious crimes were still rampant in Kuching, Sibu, Bintulu and Miri.

“As the towns and cities are getting more developed, it’s impossible for the police to cover all places,” he said, expecting Rela and Civil Defence Department to assist the police.

On police stations which are considered obsolete, Wan Junaidi said a solution was being worked out.

“Most of the police stations were built three to five decades ago,” he noted.

On cyber gambling in Sibu, he admitted the menace was rampant and that the police had conducted numerous raids.

“Raids will continue while the government tries to come up with a new law to address the problem,” he disclosed.

Later, he presented cheques to 57 retired police officers. The money was from the police trust fund.

Meanwhile, he hoped that the some 149,000 policemen who had served during the emergency period would be awarded a medal each in the coming year.