Sunday, September 19
You are at:Home»News»Sarawak»2,500 forgo Sunday’s rest to run for peace 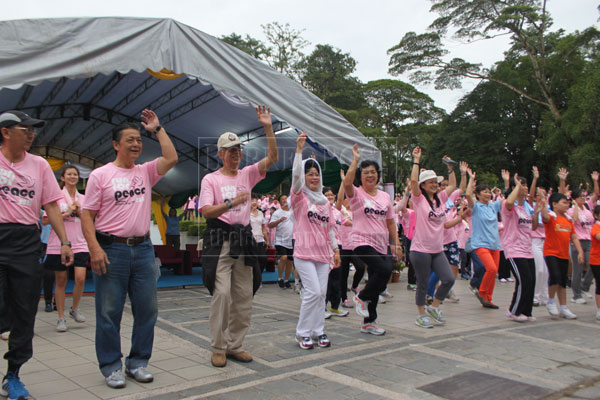 LET’S GET PHYSICAL: (From second left) Tay, DBKU Mayor Datuk Abang Wahap Abang Julai, and Fatimah joining in the warm up session before the run. 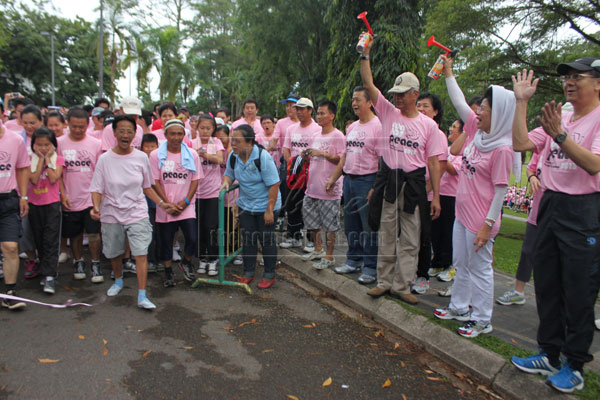 ON YOUR MARK: Flagging off the Run for Peace 2013. Seen here are Wahap (third right) and Fatimah (second right). 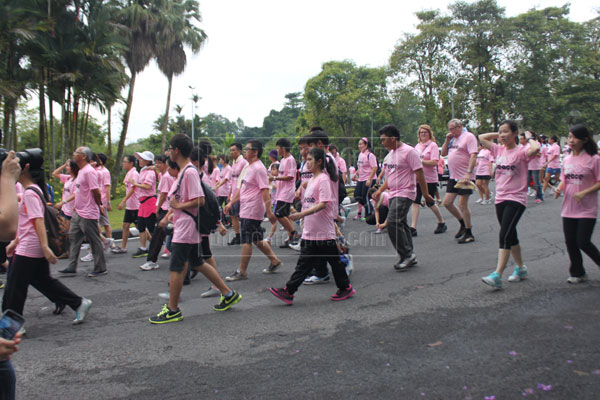 A FEEL GOOD EVENT: Some of the participants opt for a stroll during the `Run for Peace’.

KUCHING: Peace is a difficult goal to achieve, but it is not impossible.

The presence of around 2,500 people from all walks of life at yesterday’s ‘Run for Peace 2013’ is ample proof that a culture of peace is valued by the people.

“The message is loud and clear. You endorse peace, and you are all envoys of peace,” said Welfare, Women and Family Development Minister Datuk Fatimah Abdullah, before flagging off the runners from the Amphitheatre near Taman Budaya.

The Soka Gakkai Malaysia (Sarawak Branch) organised run was held in conjunction with SGM Peace Month, and it was held with their branches across the nation simultaneously.

Fatimah said the event was to create greater awareness on the importance and urgent need to build a culture of peace.

“The aim is to promote goodwill and understanding among the people in the community through gatherings like this.”

“We are very encouraged by the overwhelming support, especially from the young people,” he said.

Tay echoed the words of Soka Gakkai Internationa president Ikeda, who said, “Peace is not something to be left to others in distant places. It is something we create day-to-day in our efforts to cultivate care and consideration through our own actions and example.”

The non-competitive run was supplemented by a mini exhibition and performances.