Friday, October 7
You are at:Home»Sports»Football»Crocs’ fans to throng Selayang Stadium 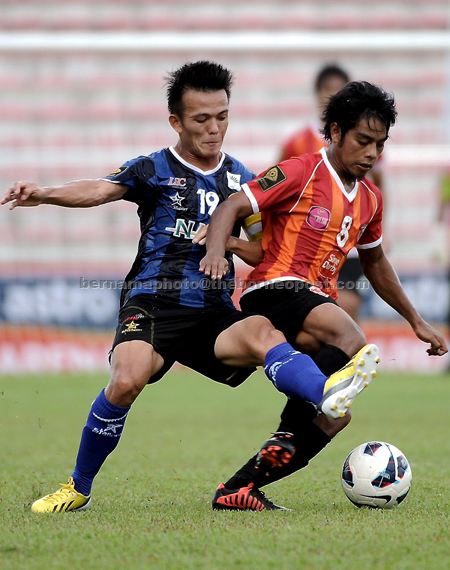 KUCHING: Football Association of Sarawak (FAS) president, Datu Sudarsono Osman is looking forward to the presence of Crocs’ fans at Selayang Stadium in Kuala Lumpur when the team takes on Sime Darby FC there tonight in the first leg of Malaysia Cup quarter-finals.

“It is going to be something of a home match for us…we are somewhat glad that we get to go against a club side,” he said while expressing the hope for the fans coming for the match will turn the atmosphere at Selayang Stadium into ‘another Stadium Negeri’.

Despite going against a club side, Sarawak can expect no favours from the opponent as both teams had their own fair share of impressive run this year including the promotions to next year’s Super League.

The Crocs should know very well too that Sime Darby FC are no push-overs based on the experience of playing together in the last Premier League campaign.

On paper, both teams were seemed evenly matched but the Crocs had the upperhand after finishing the Premier League as the unbeaten champion.

Their 6 – 1 thrashing of Perak at home last weekend had also motivated the Crocs to maintain their winning momentum and to bring home full points while eagerly waiting to play host to Sime Darby FC in the return match at State Stadium, Petra Jaya on Oct 5.

Meanwhile, FAS treated members of the local media lunch recently and gave updates on the team including quashing rumours on the alleged recruitment of Kelantan skipper, Mohd Badhri Radzi.

“We may be looking for four to five new players next season to beef up the team in view of the challenges ahead,” Sudarsono told the media during the function attended by FAS vice presidents, Haidel Heli and Razali Dolhan who was accompanied by secretary, Abdullah Julaihi.

“The purpose of the lunch today is to give thanks to the Sarawak media who tirelessly support and cover all the adventures of the Crocs this season,” he said while calling on the media to continue giving their support to the home team.