Tuesday, December 6
You are at:Home»News»Sarawak»Piasau nature reserve given the green light 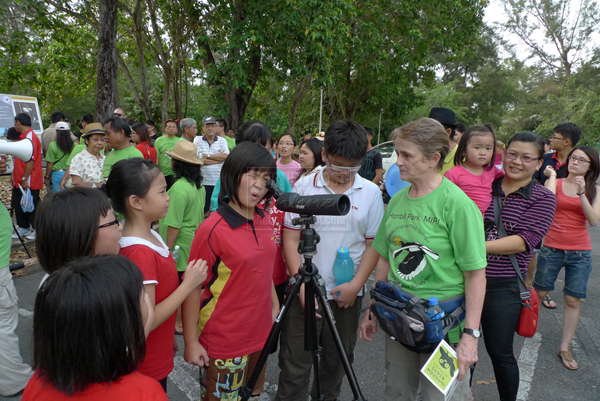 KUCHING: Piasau Camp will be gazetted as a nature reserve by the year-end if there is no objection to the process.

“All studies and documentations have been done and these will be our basis on gazetting the area. Usually the process takes a long time, but I do not foresee any objection that could cause delay.

“It can be done by the end of the year. Once gazetted, the area will be fenced up and turn into a botanical garden, similar to Stutong Nature Reserve. Petronas and Shell have also indicated their willingness to finance the running of the nature reserve,” he told reporters yesterday.

Len added that a maximum 60 days is required for public inquiry and if there is no objection, the gazetting can be sped up.

“In fact, we can start the public inquiry any time now. Besides protecting the wildlife there, it will be good for Miri to have a nature reserve in the middle of the city,” he said.

Len also expressed his sadness over the killing of Piasau Camp resident hornbill Faridah, whose carcass was recovered from a bulk bin on Thursday.

“Hornbills mate for life, so when one partner dies the other will be very sad. We don’t know how long he (Jimmy the hornbill) will last.

“We will let the law take its course. Whoever committed this crime will be taken action against by the law, a crime which carries the penalty of RM25,000 fine and three years’ imprisonment,” he said.

Regarding online speculation that the poachers were hired to kill the hornbills to stop the government from gazetting the area, he refused to comment without any evidence.

On the proposal to gazette Kuala Lawas in Limbang as a national park, Len said it is currently in the public inquiry process.

“I don’t have the full details on this, but currently it is in the public inquiry process to see if there are any public or stakeholder objections. We are trying to educate people living in the area that by putting the area as a Totally Protected Area (TPA), it does not deny them of the usage of the area.

“Instead it can be done better as the resources will be managed professionally to ensure sustainability. A good example is Loagan Bunut National Park where there is the Berawan community living there. We taught them not to overfish and only to fish at certain times. It is a long process to educate the local people but we will continue to engage them in discussions. There is no such thing as taking away the area from them,” he pointed out.