Sunday, May 22
You are at:Home»News»Sarawak»NGO calls for task force to preserve heritage places 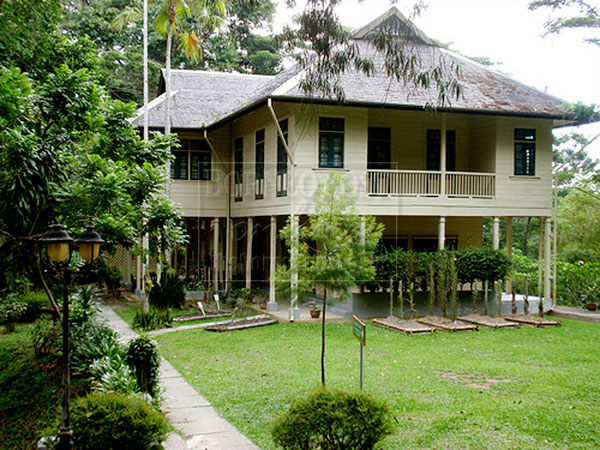 HAVING HERITAGE VALUE: An old colonial house on Harrington Road near the Sabah Museum bearing architectural similarities to the Agnes Keith house (picture) in Sandakan.

KOTA KINABALU: In an effort to further preserve heritage places in the state capital, a call was made to City Hall to form a Heritage Task Force to meet the objective.

The call came from a non-governmental organisation – Heritage Sabah – urging that the task force should also include the participation of relevant government departments such as the State Museum and professional bodies such as the Malaysian Institute of Architects Sabah Chapter (PAM Sabah) to oversee matters related to the identification, preservation and enhancement of heritage places in the city.

Heritage Sabah was among the invited representatives that took part in a series of workshops and discussions held by City Hall and were tasked by the local authority to suggest possible policies, definitions and controls for places of historical and cultural value to be incorporated into the Draft KK Local Plan 2020.

The NGO believes, supported by previous discussions with relevant professionals and representatives of government agencies, that the Heritage Task Force is a crucial component to be included in the Draft KK Local Plan 2020 in order to bring the right set of skills together to come up with effective mechanisms and guidelines to address heritage issues in Kota Kinabalu.

“Within a short duration of three weeks and with a structured research methodology, we managed to do a preliminary investigation and shortlisted 49 potential heritage places within Kota Kinabalu City.

“While some have already been gazetted under the state heritage laws namely the Antiquities and Treasure Trove Enactment 1977 and the Cultural Heritage (Conservation) Enactment 1997, many others are not protected and are in danger of being destroyed,” said Heritage Sabah NGO President Richard Nelson Sokial.

He added that the comprehensive exercise undertaken by unpaid volunteers from all walks of life reflected the NGO’s commitment to protecting Sabah’s heritage places and ensuring that the proper guidelines and policies to protect them are put in place by the local authorities.

“Now, in return, we urge City Hall to show their equal commitment to the people of Kota Kinabalu city and set up a Heritage Task Force to review and formulate the best policy and guidelines on how to protect and edify these heritage places,” he said.

Sokial said that if and when implemented by City Hall, the Heritage Task Force would be responsible for keeping track of the shortlisted heritage places and assessing their heritage values based on a set of criteria to rate their significance as a heritage places so that the appropriate design controls and guidelines can be applied to them.

The NGO is keen to share the list of 49 recommended heritage places with the general public of Kota Kinabalu but can only do so after the Heritage Task Force is established by City Hall so that a proper endorsement of these listed sites and buildings can be made.

Meanwhile, the NGO urges City Hall to keep the public updated on the progress of the Draft KK Local Plan 2020 and will continue to request that all minutes of recent meetings with City Hall on this particular matter be made available to all invited representatives.

On behalf of our NGO, Sokial thanked City Hall for organising these meetings with representatives of the city’s public shareholders as it was a positive response to the NGO’s call for better transparency between the public and local authorities.

“This shows that City Hall is now evolving into the responsive and diligent city custodian that the city needs. The setting up of the Heritage Task Force will be a show of true commitment from City Hall in efforts to protect the 114-year-old historical legacy of Kota Kinabalu – 50 years of which has been within the Federation of Malaysia.

“The 49 heritage places recommended by Heritage Sabah open an exciting new window into the history and heritage of Kota Kinabalu and Sabah as a whole.

“However, we need City Hall to show its commitment first, now that we have provided comprehensive recommendations for them to take action on,” Sokial said, adding that the NGO’s volunteer efforts to investigate potential heritage sites in Kota Kinabalu, yielded some surprising historical discoveries.

He said their volunteers rediscovered an old freshwater well located on Signal Hill that can be traced back to the early town community of Jesselton.

“The old well played a vital role for the survival of the town’s folk in the aftermath of the Allied bombing in WWII.

“We also found an old colonial house in Kota Kinabalu dating back to the 1930s which according to archive records was the architectural reference to the design of the famous Agnes Keith House in Sandakan,” he said.