Friday, December 3
You are at:Home»News»Sarawak»Help on the way for sago smallholders 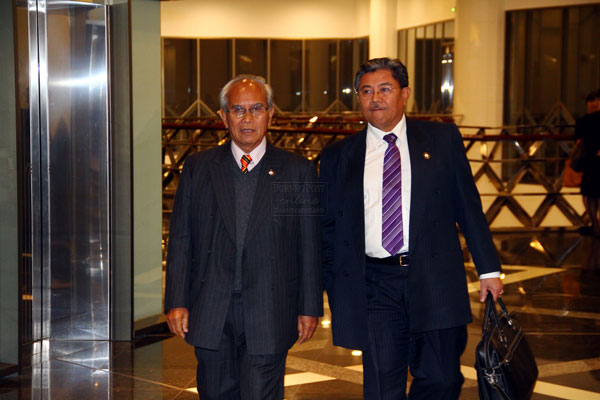 THE state government is currently in discussion to find proper measures to assist smallholders of the state’s sago industry.

Minister of Modernisation of Agriculture Datuk Patinggi Tan Sri Alfred Jabu said the discussion has since been carried out with Minister of Plantation
Industries and Commodities Datuk Amar Douglas Uggah Embas on efforts to help those who are involved in the sago business.

“We are actively discussing to ensure that the smallholders of this industry would be able to develop their sago crops and the
ministry will follow up on this,” he said in reply to Abu Seman Jahwie (BN-Jemoreng) who enquired of the state government’s effort towards developing the sago industry in
Sarawak at the State Legislative Assembly (DUN) sitting here yesterday.

The deputy chief minister also revealed that among the efforts taken by the state government to encourage the development of the sago industry were the implementation of the Sago Smallholder Satellite Estate Development Programme (SSSED) which involved smallholders through the Development and Land Protection Board (Pelita).

Currently, 2,883 hectares have been established and brought benefits to 4,875 smallholders.

“On the other hand, the government has also established Craun Research Sdn Bhd, a research company to carry out research and development programmes while the Ministry of Plantation Industries and Commodities has also allocated funding of RM8.1 million under the 10th Malaysia Plan to
Craun for the purpose of constructing a production centre to mass produce quality cloned sago seedlings.,” said Jabu, who is also Rural Development Minister.

Apart from that, in an effort to increase the sago cultivation areas, the Sarawak Agriculture Department is also assisting Pelita in identifying potential areas in Mukah and Betong for sago plantation, he added.

“To further strengthen the sago industry in Sarawak comprehensively, the Sarawak Industry Development and Commodity Committee (JPIKS) was formed to coordinate planning and the development of sago industry to ensure that it is substantially developed in an orderly manner towards the sago industry supply chain as a whole,” Jabu remarked.