Friday, February 3
You are at:Home»Features»Words of healing from a bereaved mother
For the freshest news, join The Borneo Post's Telegram Channel and The Borneo Post on Newswav. 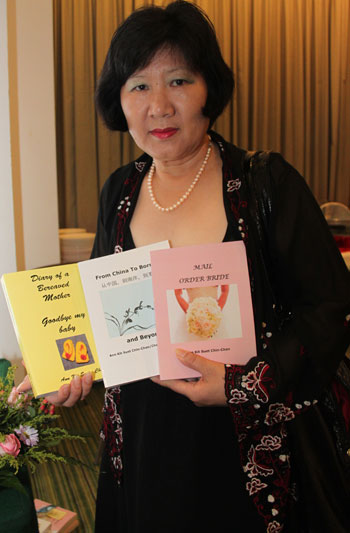 THE AUTHOR: Ann with her three books. 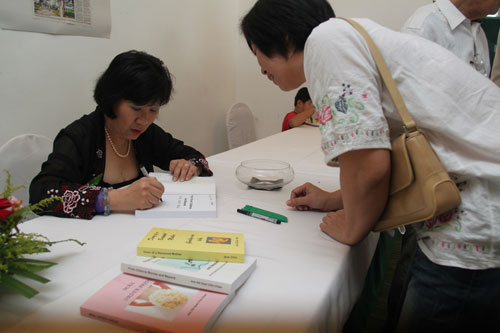 INSPIRATION: Ann Chin signing her book during the launching of her books in Sibu recently.

A GRIEVING mother found solace in writing while trying to come to terms with the death of her newborn son.

Her book – Diary Of A Bereaved Mother: Goodbye My Baby – has touched the lives of many mothers who have gone through the same agonising ordeal.

It was the first written work of Sibu-born writer Ann Chin who produced it in 2010, specially as a birthday gift to her son Andrew who would have turned 21 that year had he lived.

Andrew was Ann’s third child whom she lost 55 days after birth. The book was a compilation of the letters she wrote during that traumatic period.

“The initial manuscripts were written when I was in the hospital. Andrew was in the Intensive Care Unit (ICU) and I sat there for 55 days, writing letters for families which I have kept till today,” she said.

Penned with such raw honesty, the book soon became a message of hope for mothers who have lost their babies.

Ann, who now lives in New Zealand and teaches TESL (Teaching English As Second Language) in Auckland, has written many materials, including short stories and poetry.

The reason was not that it was her first ever book but rather that having to revisit that painful period was “just too overwhelming.”

“I actually sat on the documents for three days. The first and second day, I was too distraught and didn’t do anything at all. The third day, I finally decided to revisit those times – and I cried.

“But once I got through them – on the fourth day – I started writing,” she said, adding that what made it easier for her to start the opening paragraph was that she had the letters in proper order.

The book is divided into four parts – her struggle during her 55 days in the hospital; the steps she took after going through the ordeal; poetry and advice to the people on dealing with bereavement.

Ann worked hard and finished the book in just two months but there were times she found it difficult to continue. She recalled the distressing time where Andrew stopped breathing and turned black. The doctor told her he was dead.

“He was dead for half the afternoon, then he was alive again. When he finally died, you knew that was the finale.”

Ann hoped the book could give words of healing to mothers who lost their babies – that they are not alone in dealing with such adversity.

“People don’t talk about this topic – not even in European countries. People still feel uncomfortable talking about it but mothers who have lost their babies want to talk about it,” she said.

With the success of the first book, she came up with her second – From China to Borneo and Beyond which describes the journey of her family, especially how her great grandfather came to Borneo from China about 100 years ago.

It also tells of her childhood – growing up in Sibu with nine siblings and how they eventually separated and went on to live in different countries. 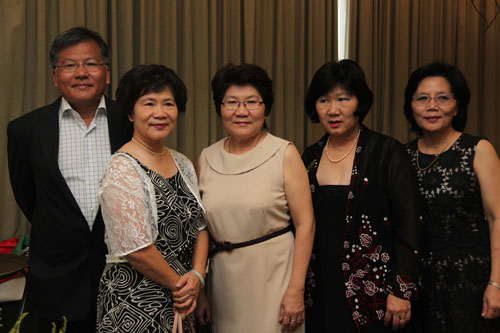 THE FAMILY: Ann (second right) with her siblings.

Ann said she and her siblings developed their skills in English writing at an early age.

Her father, John Chan, a former divisional education officer, laid that foundation for them.

“There were nine of us and because dad had so many children, he couldn’t afford to take us for holidays. Every day, during the holidays, he would give us each a title for our composition. We all had to write our own stories and dad would correct them in the evening.

“I think that was how he instilled the love of writing in our hearts and it made our English really good,” she said.

Ann got her first material published when she was in Form Two and she was paid five dollars for it. Since then, she has been writing all her life and many of her works can be found online.

Unlike her first book whose only input was herself, her second contained contributions from her siblings. She started writing the manuscript in 2006.

“When my father died in Kuching in 2006, I went back to Singapore and I couldn’t sleep, so I started writing. I then wrote to my siblings and they said it was good.

“We did like hundreds of emails. They encouraged me and offered me some recollections and reminiscences, so it was everybody contributing. That was the first manuscript,” she recalled.

The book was intended as her brother’s 60th birthday gift.

She explained the people in Sarawak, especially among the Chinese community, could relate to the book as it traces their roots and identities.

“From China to Borneo and Beyond kindled a lot of interests in the state. I am very happy to hear a publisher is going to print a Chinese version of it.” 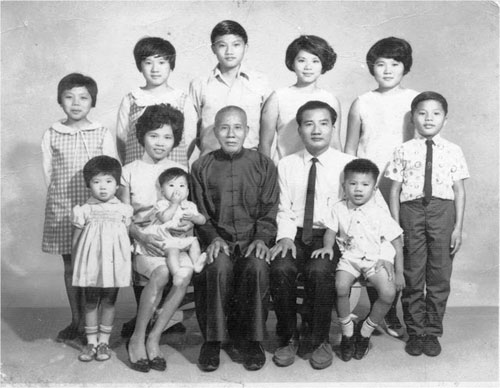 After a long stint of short-story writing, Ann came out with the third book, a fiction novel – Mail Order Bride. The story, set in Auckland, New Zealand, touches on social issues such as teenage pregnancies, drugs, paedophile and the like. The book took two months to finish.

Ann does not intend to make money out of her books, saying: “I consider all the attention I got from the newspapers and television as just a bonus.”

“My dream was to go places. Dad used to go to England – we always knew he went to England. We were taught if we wanted to go places, we got to work hard.”

Ann graduated with a bachelor’s degree (economics) in Canada in 1975 and three years later (1978) went to Auckland for her second economics degree and a diploma in management. There, she met her husband and in 1990, the family moved to Singapore before shifting back in Auckland in 2006.

Ann, who considers herself a “freedom writer,” said she self-published all her books as she liked having the freedom to write what she wanted. Proof readers and professional editors were all the help she got.

“I call myself a freedom writer because whatever I do, I am not bound by rules.”

Her advice to aspiring writers is to have “patience, plan, persistence, perseverance and imagination.”

“You got to have a plan and a target and try to follow them through. That’s what I did,” added Ann who is also a public speaker.

She said she never wasted “any precious time” when writing her books and would usually spend more than eight hours a day putting her ideas into words.

“When the inspiration comes, never try to ignore it. Instead, put your plan into work and write it down. Writing is all about passion but you have to be disciplined if you want to be a successful writer,” she advised.