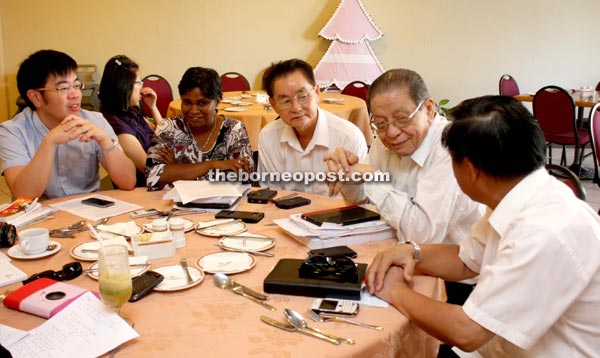 KOTA KINABALU: Likas assemblyman, Junz Wong has urged Deputy Education Minister Datuk Mary Yap to explain why more than 50 per cent of federal scholarships allocated to Sarawak and Sabah students to pursue their education in local universities allegedly had no takers and as such given to students in Peninsular Malaysia.

He said it is impossible for Sabah not to have students who qualified to receive federal scholarships, especially when the government is very proud to have one of the best education systems in the world.

“The ‘loss’ is not the latest story for Sabah and Sarawak, as Minister in the Prime Minister’s Department, Joseph Entulu has revealed that it has been going on since 2008.

“According to Entulu, only 499 out of 1,000 scholarships allocated for both states were successful in their application in 2008, while in 2009 only 402 successful. He also said the situation was the same for the years 2010, 2011 and 2012,” said Junz in a press conference at Bandaran Berjaya Shangri-la Hotel, yesterday.

Junz made the call after Kit Siang called on the government to set up a Parliament Select Committee for the amazing performance in the recent Penilaian Menangah Rendah (PMR) examinations.

He said the achievement of the 30,988 students out of over 462,940 PMR candidates nationwide who scored Grade A in all subjects were a joy to parents and students but it is a different story when it comes to international standards of education.

Junz believed that Yap will be able to bring the Sabah education issues to parliament, and hoped that she can answer for the level of education in Malaysia, as reported in the 2011 Trends in International Mathematics and Science Study (TIMSS) and 2012 Programme for International Students Assessment (PISA).

Meanwhile, Kit Siang said his recent visit to Kampung Samparita Laut in Kota Marudu was another shocking experience when the villagers admitted no one from the village had ever entered university.

“After 50 years of independence in Sabah, I cannot believe there is still a kampung without any university graduates. I am also calling Mary Yap as a minister from Sabah to look at this matter seriously. Every Sabahan has the right to a higher level of education,” he said.

Kasthuriraani, who also went to Samparita Laut to join the launching of DAP Impian Sabah’s water gravity inaugural project, said it is not fair for Sabahans and Sarawakians to be rejected in their federal scholarship applications.

“I am not sure if this is Barisan Nasional (BN) plans to ensure Sabahans and Sarawakians are left behind in education, so that they will be more dependent on the government.

“If Sabahans and Sarawakians are dependent on the government, it will give more benefit to BN because both states will be forever BN fixed deposit in terms of votes in the General Election,” she added.