Tuesday, September 27
You are at:Home»News»Sarawak»IBS College to introduce new courses; next intake April 28 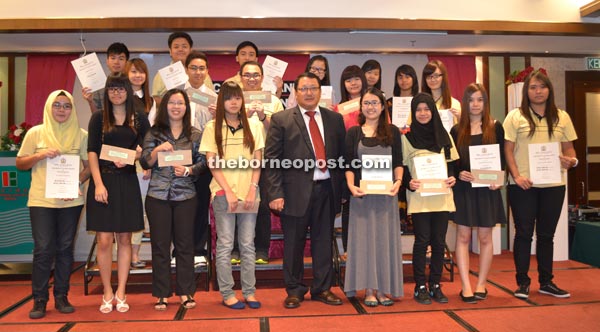 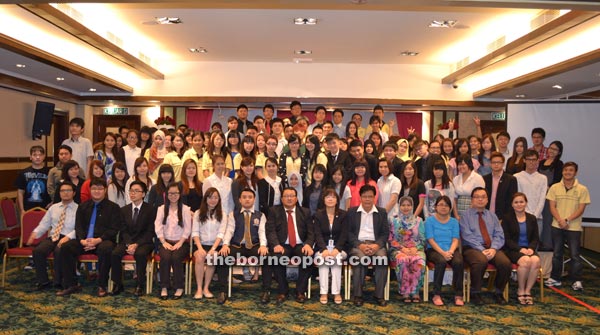 Hii (front centre) is seen during a photo call with lecturers, staff and students

MIRI: IBS College will run three new courses from May.

“Due to market demand, there is a need to upgrade oneself in order to meet the requirements. Therefore, furthering studies is not only for the sake of knowledge, but also for a better future,” he said during the college’s ‘Recognition Day’ to celebrate its 15th anniversary.

He explained that the Diploma in Security and Safety Management would be a pathway for those who want to become security officers in local and international organisations as well as auxiliary or uniformed security officers.

Hii praised the lecturers, staff and students who contributed to the college obtaining 5-star status for its business programme under the MyQuest 2012 to 2013 quality audit.

“The college has grown by leaps and bounds since its inception in 1998, where it witnessed a significant growth in the number of students as well as quality courses that have been introduced.

“The achievement was through many years of effort, hard work and commitment in maintaining our quality. This effort also includes the hard work and contribution of all the academic staff, the administrative staff and also most importantly our students,” he said.

During the event, 13 diploma students and seven degree students received cash incentives, while 20 students from the January intake received scholarships and sponsorships. The next intake will be on April 28 for Sijil Pelajaran Malaysia (SPM) and Sijil Tinggi Persekolahan Malaysia (STPM) school leavers.

Previous ArticleDon’t be shy to register your disabled children, parents told
Next Article Argentine governor lays off 170 employees via YouTube