Tuesday, August 16
You are at:Home»News»Sarawak»Unattended car along Jalan Bintangor Lama destroyed by fire 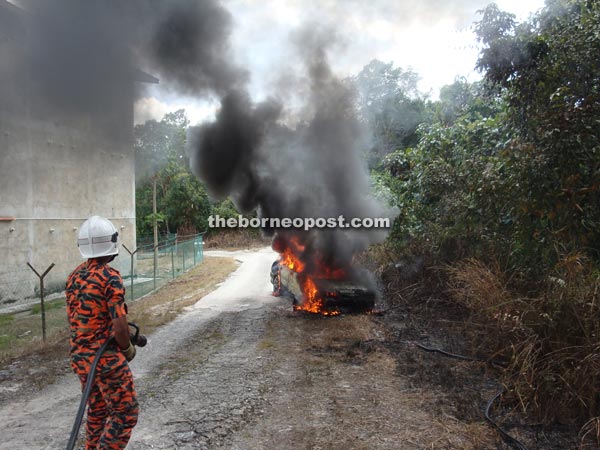 A fireman getting ready to douse the fire which had engulfed the entire car.

SARIKEI: A car left along Jalan Bintangor Lama behind SM Ming Lik was destroyed in a fire around noon yesterday.

It was not immediately known how the car caught fire as there was nobody around when firemen arrived at the scene.

According to a fireman, they received a call on the fire at 12.10 pm and immediately rushed to the scene to investigate.

By the time they reached the scene, the car was already about 90 per cent burnt, they said.

They have yet to determine the owner of car bearing registration plate number QCA3339, they said.