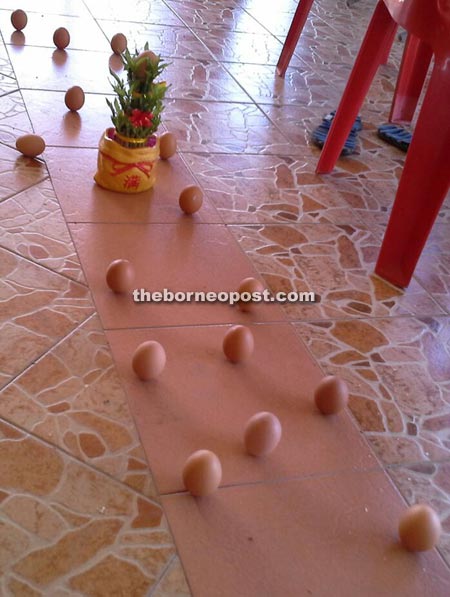 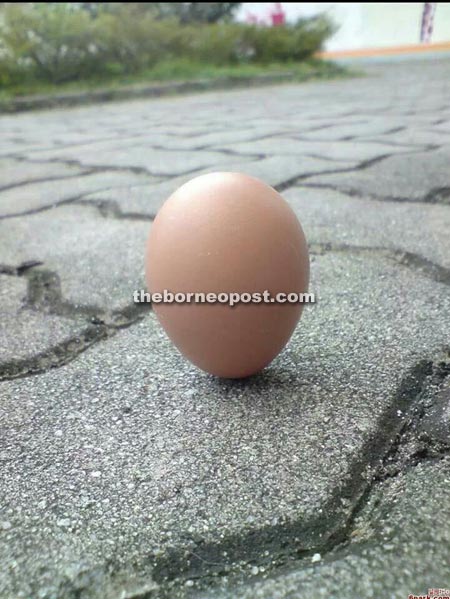 KOTA KINABALU: According to the rules of geomancy, the Year of the Horse officially started at 6.18am on February 4, 2014 (Tuesday), on a day known to the Chinese as ‘lap chun’.

‘Lap chun’ is considered the day many attritube to the way eggs can stand upright on end, as it is believed that on ‘lap chun’ day, the ‘qi’ or energy from the earth is at its strongest and many believers would try to balance uncooked eggs on flat surfaces to herald this day.

Environmentalist Dr CY Vun was one of those who put this belief to the test and was amazed when the eggs he and his friend had placed vertically on a flat surface at his friend’s residence in Kota Kinabalu between 8.30am to 9.30am, on February 4 managed to stand upright on end without support.

Other than on ‘lap chun’ day, the other day in a year that eggs are able to be placed vertically is on the fifth day of the fifth month of the lunar calendar, or the Dragon Boat Festival, also known as the Duanwu festival.

The Chinese also believe that those who pray or start farming on ‘lap chun’ day will be blessed, and in modern days, many choose double ‘lap chun’ years, such as the Year of the Horse, to get married or start a family due to this belief.

Egg balancing has been connected with ‘Lichun’, one of the 24 solar terms in a year according to the traditional East Asian calendars, marking the beginning of Chinese spring on February 4 or 5 when the sun is at the celestial longitude of 315 degrees.