Tuesday, August 9
You are at:Home»News»Sabah»Man found dead in vehicle 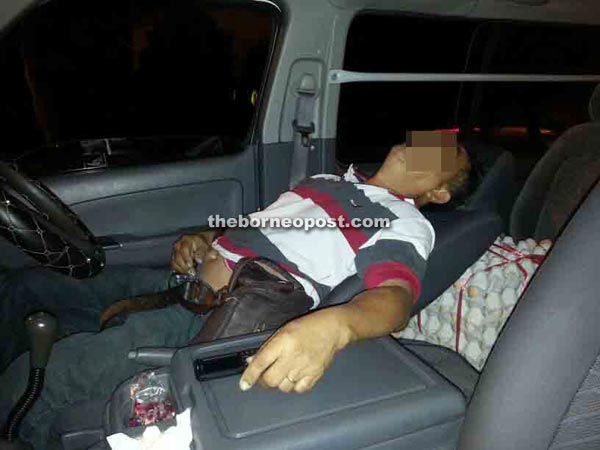 The man’s body as it was found in the driver’s seat on Wednesday night.

KOTA KINABALU: A 56-year-old man was found dead in his Nissan Urban vehicle at Mile 3, Jalan Tuaran, near a petrol station here on Wednesday night.

The victim, identified as Chong Vui Min from Kampung Tebobon, Menggatal was found unconscious at the driver’s seat by a member of the public around 10.30pm.

Deputy city police chief Superintendent M. Chandra said from initial police investigation, police believed the victim suffered a heart attack while on his way to the city centre from Likas.

“Police have also informed the victim’s family who confirmed that the latter was suffering from heart problem,” he said.

Chandra said the victim’s body had been taken to the Queen Elizabeth Hospital for a post-mortem and classified the case as sudden death.