Tuesday, October 19
You are at:Home»News»Sabah»Minister inspects flood-hit areas in Beaufort 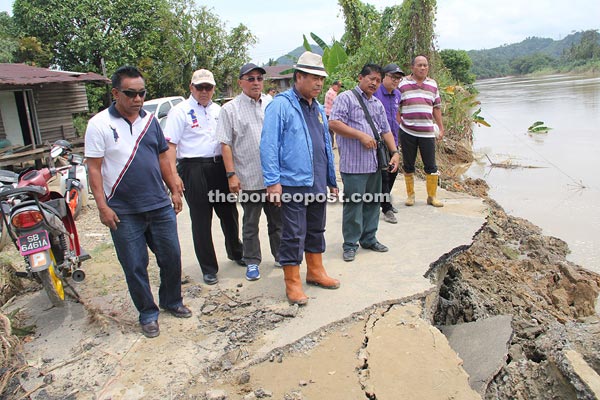 Yahya (fourth left) taking a closer look at a collapsed river bank during the visit. 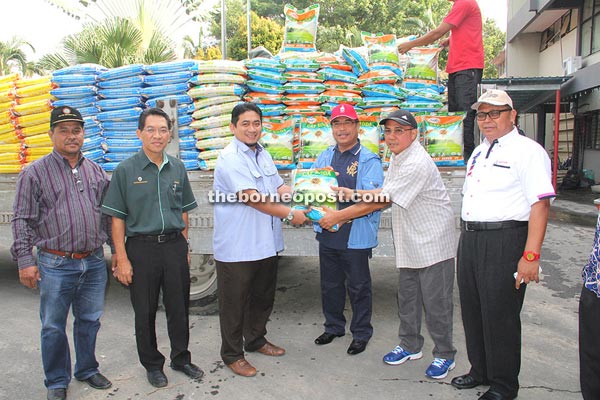 Yahya, who is also the Minister of Agriculture and Food Industry, met with palm oil smallholders, farmers and breeders affected by the flood.

Yahya presented 200 sacks of rice and 300 packs of food supplies contributed by Bernas and
Rural Development Corporation (KPD), for distribution by the district council to the flood victims.

He was also briefed on the river bank erosion that was threatening the safety of villagers in the district.