Saturday, December 3
You are at:Home»News»Sarawak»Man hospitalised after circumcision by co-worker 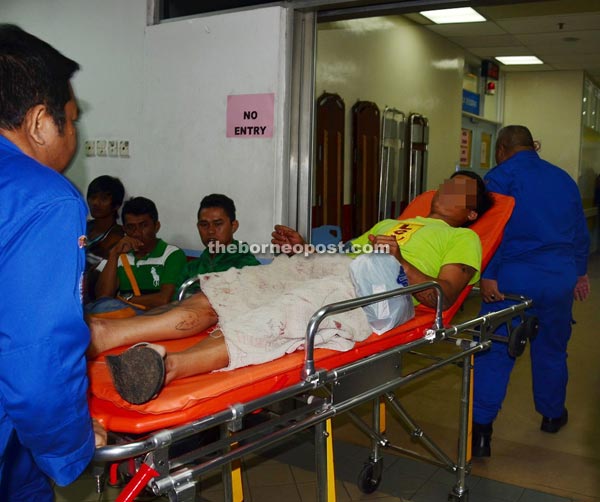 Civil Defence Department personnel wheel the labourer into the hospital.

The 22-year-old, originally from Lubok Antu, is said to have been drinking with his co-worker in their quarters at a construction site in Batu Kawah around 1am when — for reasons unknown — he asked the latter to circumcise him.

Using a small blade, the co-worker went ahead and fulfilled his friend’s request but soon encountered difficulty when the victim’s penis began to bleed non-stop.

Left with no choice, the pair then called the Civil Defence Department, which duly despatched an ambulance to take the victim to the Sarawak General Hospital.

The newly-circumcised labourer is reportedly in stable condition following treatment at the hospital.