Tuesday, February 7
You are at:Home»News»Nation»DCA representatives to assist JACC in search for MH370
For the freshest news, join The Borneo Post's Telegram Channel and The Borneo Post on Newswav. 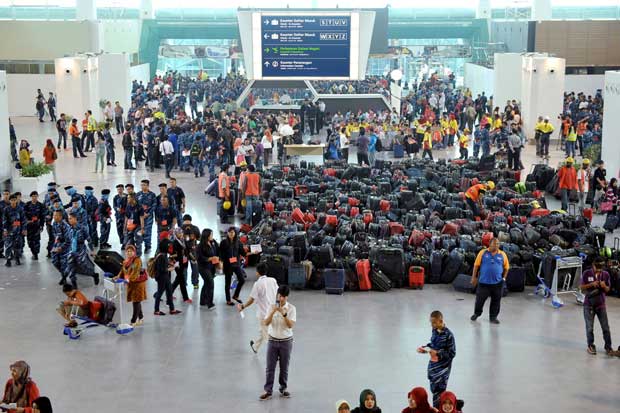 Volunteers and luggage in the ORAT exercise at the KLIA2 lobby. Some 3,000 trainees from the National Service Training Programme (PLKN) and 1,500 from the general public, with 700,000 luggages are involved in the exercise. — Bernama photo

He said Malaysia will also send representatives from three special ministerial committees on Flight MH370 to Perth to discuss the next course of action on the search and recovery of its black box with the Australian authorities.

“I have requested for the two DCA representatives to be absorbed into the JACC in Perth.

“Yesterday, I also informed Angus Houston (JACC chief coordinator, retired Air Marshall) that there’s a high probability that the ministerial committees’ chairmen or their representatives would be in Perth to discuss what else can be done and the next course of action,” he said.

Hishammuddin, who is also the Defence Minister, was speaking at a press conference after visiting the low cost carrier terminal KLIA2, here yesterday.

He said there has been no let up in intensity in the Australian led search operation which is racing against the clock to find the missing plane’s black box, which would hopefully shed some light on this tragic mystery.

“They are going all out to ascertain if the pings detected so far are in fact coming from the flight’s black box,” he said.