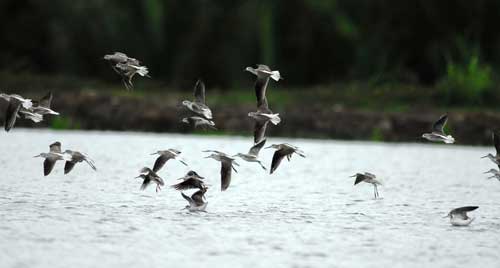 EVERYONE can take small but meaningful steps to help preserve biodiversity.

It’s most important to know how our actions will influence the environment around us.

Biodiversity is the life support system of our planet. We depend on it for the air we breathe, the food we eat, and the water we drink.

Wetlands filter pollutants from water, trees and plants reduce global warming by absorbing carbon while bacteria and fungi break down organic material and fertilise the soil.

As it has become clear biodiversity is the cornerstone of human existence, it should be conserved for our own curiosity and aesthetic appreciation.

Sarawak’s rainforest and mountains are spectacular but what would they be without our splendid variety of wildlife, wild orchids and flowers?

As we know, Sarawak is endowed with biodiversity wonders, many of which are unique to the state.

Traditional medicines, originating from local wild species, are believed to have saved hundreds of thousands of lives and alleviated tremendous suffering. 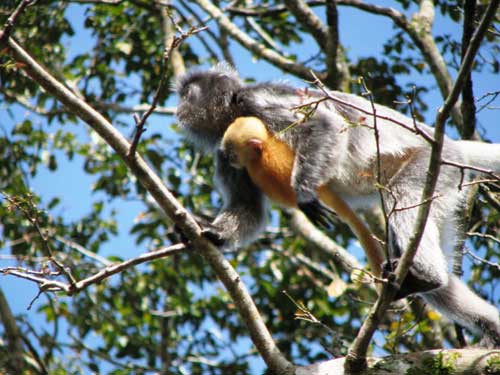 The primates of Bako National Park. – photos courtesy of SFC.

There are probably thousands species of edible plants in Sarawak forests, offering a tremendous resource of possibilities that could greatly add to the security of our food.

The State government recognises the importance of biodiversity conservation and in collaboration with corporate organisations, tertiary institutions and non-governmental organisations (NGOs), has made several efforts to manage threats and pressure to biodiversity in the state.

Most biodiversity threats can be attributed to human activities, including loss, fragmentation and degradation of habitat; spread of invasive species; unsustainable use of natural resources; climate change; changes to the aquatic environment and water flows.

He added that on April 3, 2013, the State government had also approved the gazettement of the site of the former Piasau Camp, Miri, as a nature reserve due to its historical significance, ecological and aesthetic values.

“Sarawak is progressing well in its quest to establish the TPAs. The 1million ha target is expected to be achieved by 2020.

“Looking at the progress so far, I’m positive we can achieve the 1million ha target before 2020.”

Tengah said about 200,000 ha were in the process of initial gazettement.

He stressed the sustainable development agenda of the state was the commitment to manage and preserve native flora and fauna in perpetuity while taking cognizance of the state’s economic and development needs as the government had always emphasised the need for a balance between conservation and development. 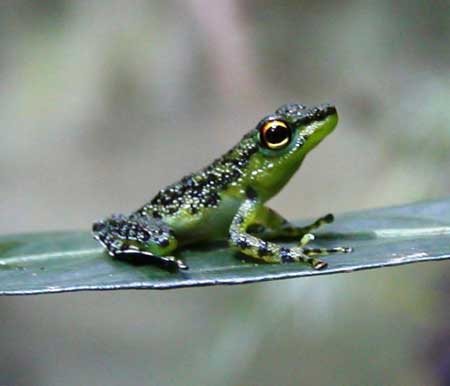 One of the frog species found at Batang Ai National Park.

Sarawak now has one of the most extensive TPA coverages in Malaysia and the forests are home to many species of plants and animals, mostly endemic to Sarawak’s forests and not available anywhere else.

Hence, the conservation and protection of biological and genetic resources will be more effectively implemented only in areas designated as TPAs.

The TPA system was established to cover about 1 million hectares of about 10 per cent of Sarawak’s total land mass, including wildlife centres and marine parks.

Sarawak Forestry Corporation (SFC) was set up in 1995 to position Sarawak at the forefront of sustainable forest management and conservation.

Its functions include sustainable forest management and conservation; reforestation and rehabilitation; management of protected and totally protected areas and conducting scientific research on Sarawak’s rainforests and its products.

He pointed out that evidence of success and recognition for the state’s conservation efforts could be seen at Bako Buntal Bay, inscribed on the East Asian Australasian Flyway Site Network as an important wintering site for water birds.

“This is the first such site being inscribed in this network in Malaysia,” he said.

Bako Buntal Bay is vast and rich with mudflat, shallow water, inter-tidal zone and mangrove forest that attract migratory birds to feed on marine life and rest over winter or stop over while on passage.

Some 32 species of shorebirds, comprising about 20,000-25,000 individuals, reportedly winter in the Bay and its immediate surroundings.

He added that several globally threatened and near threatened species such as the Nordmann’s Greenshank, Asian Dowitcher and Far Eastern Curlew made their stops at the Bay. 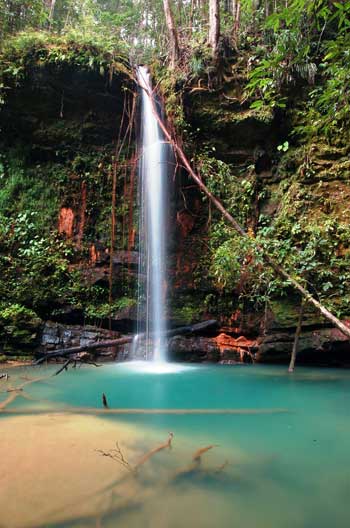 The environs also house more than 10 per cent of the global population of Chinese Egret while the numbers of Red Knot and Great Knot are among the highest for any site in Malaysia.

The East Asian Australasian Flyway Partnership (EAAFP) is an informal and voluntary initiative for protecting migratory waterbirds, their habitats and the livelihoods of people dependent upon them.

The EAAFP is one of the nine major migratory waterbirds flyways around the globe, extending from within the Artic Circle in Russia and Alaska, southwards through East and Southeast Asia to Australia and New Zealand.

It’s home to over 50 million migratory waterbirds, ecologically depending on its wetlands. They cyclically and predictably cross national boundaries and often congregate at sites for breeding, refuelling and wintering.

The Partnership has an informal voluntary network of important wetlands across the flyway, known as the Flyway Site Network.

Each Site meets criteria for nomination, demonstrating its international importance for migratory waterbirds.

Inclusion in the Network draws attention to the Site’s connection to sites in other countries, increasing the Site’s profile, encouraging information exchange, transfer of skills and joint research and creating an international tourism.

Aside from birds, the state government, through SFC, has also developed a road map for crocodile management and is working towards a win-win formula for human and crocodile co-existence.

Ali said the strategic management plans were to be put in place so that the abundance of wildlife such as crocodiles did not become a threat to their protectors – humans especially riverine dwellers.

He revealed the Orangutans, the Sweethearts of Sarawak conservation programme was on-going.

The orangutans are the iconic species of Sarawak.

Ali said various efforts had been made to protect this precious red ape with enforcement of law and through orangutan conservation education, community programmes, honorary wildlife rangers, heart-to-heart with orangutan programme, orangutan adoption and donation drive.

He said the management of marine mammals was a new field of interest for research and conservation in Sarawak with studies focused on species occurrence, distribution, habitat, population assessment and ecology.

“Results from interviews, boat and aerial surveys, conducted by Sarawak Forestry, in the major river systems and along the coast of Sarawak, found a viable population of dolphins, porpoises, dugongs and whales that must be protected,” he added.

SFC has also been actively organising an annual conservation education programme called Nature’n U which provides an informal and hands-on environmental education to junior secondary school children in Sarawak.

“Our yearly camp is organised in various regions, targetting to reach out to the whole state in years to come.

“Since 2004, over 80 schools, involving more than 400 students, have been invited and wholly sponsored by Sarawak Forestry to participate in this camp to inculcate awareness of the environment among the young generation,” Ali said.

Ali said the conservation education programme was an on-going initiative to promote public awareness of the importance of conservation.

He added that the programme included the Formal Education Programme and the Public Conservation Awareness Programme. 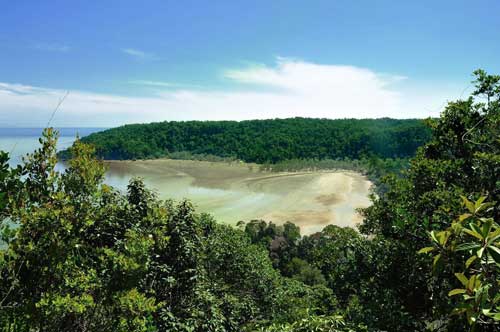 The beach and conserved forest at Bako National Park.