Friday, September 30
You are at:Home»Features»In Tune with needs of air travellers 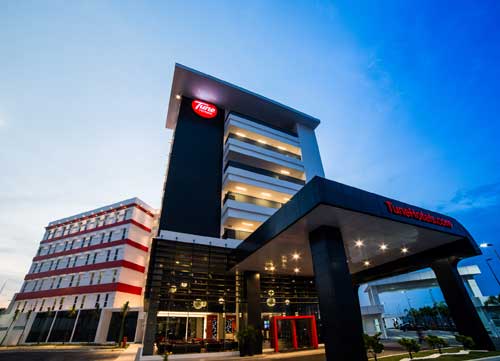 LONG haul flights with hours between transits at unfamiliar territories are usually the downside to a wonderful vacation time or business trip.

It is an unfortunate predicament faced by many fliers who end up either taking turns napping at the terminals (those fortunate to be travelling in a group) or drinking cups upon cups of coffee to keep awake while the ladies may browse around at the airport shops (for larger airports) or any other activities to keep boredom at bay.

The good news for those ending up at the newly-opened klia2 is that they can opt for the refresher package at Tune Hotel klia2 — strictly for walk-in customers.

Tune Hotels Group CEO Mark Lankester said the package was three-hour stay, including TV and wi-fi at flat rate of RM80, and available only at Tune Hotel klia2.

“It’s a way for us to look after guests who have hours to spare before their connecting flights. Those missing their flights or having to catch early flights for haj pilgrimage or are on China flights, could also have a place to stay,” he said at the Pyjama Party on May 31 at the Hotel to celebrate its recent opening. 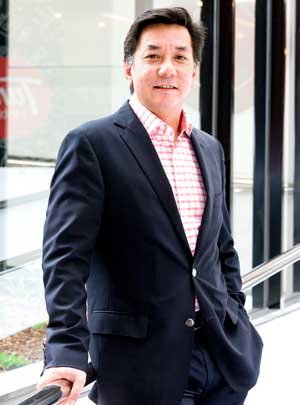 Guests at the Pajama Party included winners of the Tune Hotels’ #RoomerHasIt Facebook campaign. International journalists and bloggers from Indonesia, Thailand, the Philippines, Singapore, Australia and Taiwan were also flown in — courtesy of AirAsia and AirAsia X.

The event was made possible by partner-sponsors, including Tune Talk Mobile Prepaid, the AirAsia BIG Loyalty Programme and Doof The World Sdn Bhd.

Guests now have a superior accommodation option that’s not only great value for money but also featuring improvements to its international-standard offerings.

With 400 rooms, the hotel is directly connected to the new Kuala Lumpur International Airport 2 (klia2) Terminal via a covered walkway and link bridge, allowing easy and more convenient access as well as the Gateway@klia2 shopping mall.

For ultimate convenience, the hotel features AirAsia self check-in kiosks in the lobby. 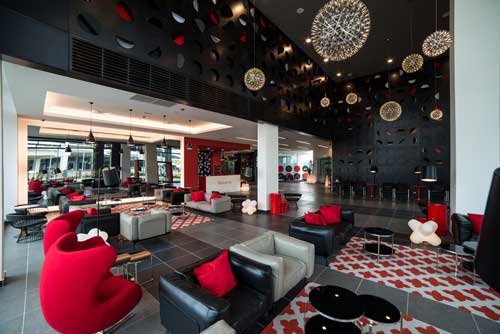 The spacious and tastefully designed lobby is the first of its kind in the Tune Hotels chain.

“Much has been said about the huge size of the new klia2 Terminal – it’s impressively large. With the hotel conveniently located, guests get great sleep or enjoy the services within the hotel while waiting for their next flight, and the convenience of strolling over to the terminal without rushing and with time on your side,” Lankester enthused.

Tune Hotels has innovatively transformed the guestroom experience into a modern-style accommodation, featuring the all-new room design with a sleek writing table, luggage platform and a 32-inch flat screen LED TV for an improved, sophisticated but cool ambience throughout the Tune Hotel klia2.

Since its opening on May 9, the hotel is almost fully ready with 300 out of 400 rooms available for booking, including four family rooms with two queen-sized beds.

The hotel also boasts a courtyard with lush greenery near the lobby, a bar and plans to open a restaurant and 7-11 is afoot.

The hotel is the biggest of its kind, sitting on three acres with a total of 150,000 sq ft, offering guests better quality, better ambience and better design.

“The bar is open to the public and they can bring their drinks to chill out and relax at the courtyard.

“The lobby itself is bigger than the one in Melbourne and we make it more exciting, sexy, fun and cool. In the future, all Tune Hotels will look like this while the existing ones will be renovated,” he said.

“We want to offer better quality, ambience and design so that guests don’t feel like being in a budget hotel but endeavours to be a value for money hotel.” 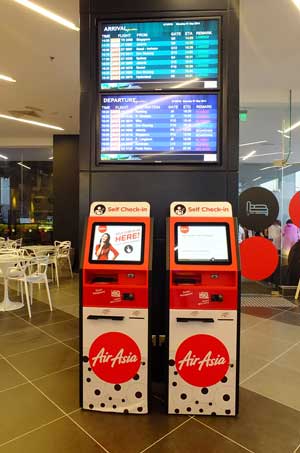 The check-in kiosks at the lobby are an added convenience for travellers.

According to Lankester, the hotel has grown and improved — akin to a student graduating from one level to the next.

“When we first started in 2007, we were in primary school — we didn’t know anything about hotels but with the knowledge and experience gained over the years, we are now in nine countries with 44 hotels.

“Now, with this hotel, maybe we have graduated from primary school but still need to go for Masters and PhD.”

As KLIA2 was going to be the biggest low-cost carrier terminal in the world, the usual 160 to 200 rooms were not enough, Lankester said, adding that for this reason, Tune Hotel KLIA2 had 400 rooms.

“KLIA2 is three times bigger than the LCCT, receiving 45 million people compared to 15 million annually by the latter.”

On top of that, he pointed out, guests at Tune Hotel klia2 enjoyed great connectivity to KL city and its surrounding suburbs as the klia2 Terminal boasted not only bus and taxi services but also the Express Rail Link (ERL) train service connecting from Kuala Lumpur Sentra (to and fro).

“For guests arriving at or departing from the KLIA Main Terminal, they can make use of the scheduled shuttle service via the ERL at just RM2 one way, and stroll over to the hotel via its covered link bridge.

“As you can see, from klia2, guests and travellers can easily connect and enjoy our hotel service network, depending on their preferences and travel purpose.

“In the heart of KL city, they will find the hugely popular Tune Hotel Downtown Kuala Lumpur right smack in the centre. Amidst the surroundings, we have the Tune Hotel Kota Damansara as well as the soon-to-open Tune Hotel DPulze Cyberjaya, not to mention excellent flight connectivity — direct and indirect — to key cities and destinations in Malaysia and the whole region, including Australia, Thailand, Indonesia, the Philippines, India, Japan and even as far as England and Scotland — all destinations where the Tune Hotels network is present.” 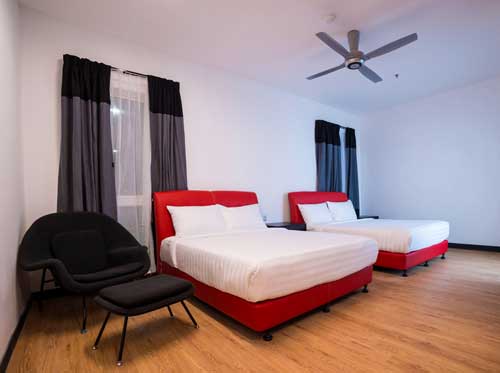 Those travelling with families can opt for the Family Room.

Previous ArticleSPA to be with voluntary organisations in community outreach
Next Article Up, close and personal with the Chief Minister